Written by Robert Sutherland
Crystal Palace have confirmed another signing. This time, Chelsea's Conor Gallagher on a season-long loan. 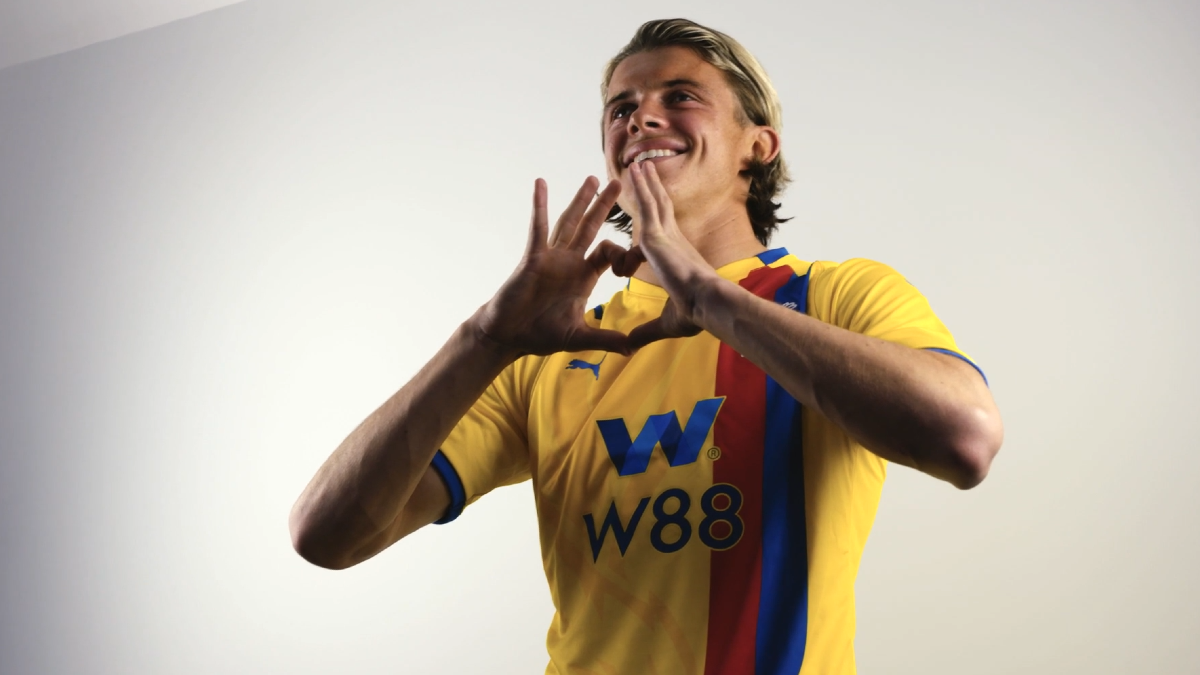 (Image taken from Crystal Palace interview, here.)
Crystal Palace have signed highly-rated Chelsea's midfielder Conor Gallagher on a season-long loan deal.
The 21-year-old youth team graduate spent all of last season on loan in the Premier League with West Brom, where he impressed in 30 league appearances despite their relegation. Prior to that, Gallagher spent the previous season on loan in the Championship, at first with Charlton Athletic and then with Swansea City, making a total of 45 appearances and scoring 6 goals.
Gallagher has also been an England youth regular, featuring in every age category from U-17 up to U-21 and playing a core part in England's successful U17 World Cup win. He joins fellow U17 World Cup winners Nya Kirby and Marc Guehi at Palace.
His arrival at Palace provides some much-needed youth and competition in central areas, where age and an intense schedule had a significant impact on the squad last season. With the appointment of Patrick Vieira as manager, and his tactical change to seeing more pressing in the middle of the park, that energy and exuberance will play a key part in making Palace a competitive side.
It is not known whether there is an option to sign Gallagher on a permanent basis, but with the competition in Chelsea's midfield and their recent recruits too, such a clause would likely be in the player's interest.
Palace are still looking at additional recruits, and you can keep a track of them in our Transfer Tracker.
Tweet
Category: News
Palace , Conor Gallagher , chelsea , cfc , chelsea transfers , football transfers , chelsea deal , chelsea move , chelsea loan , palace loan , palace deal , palace transfer , Charlton , Swansea