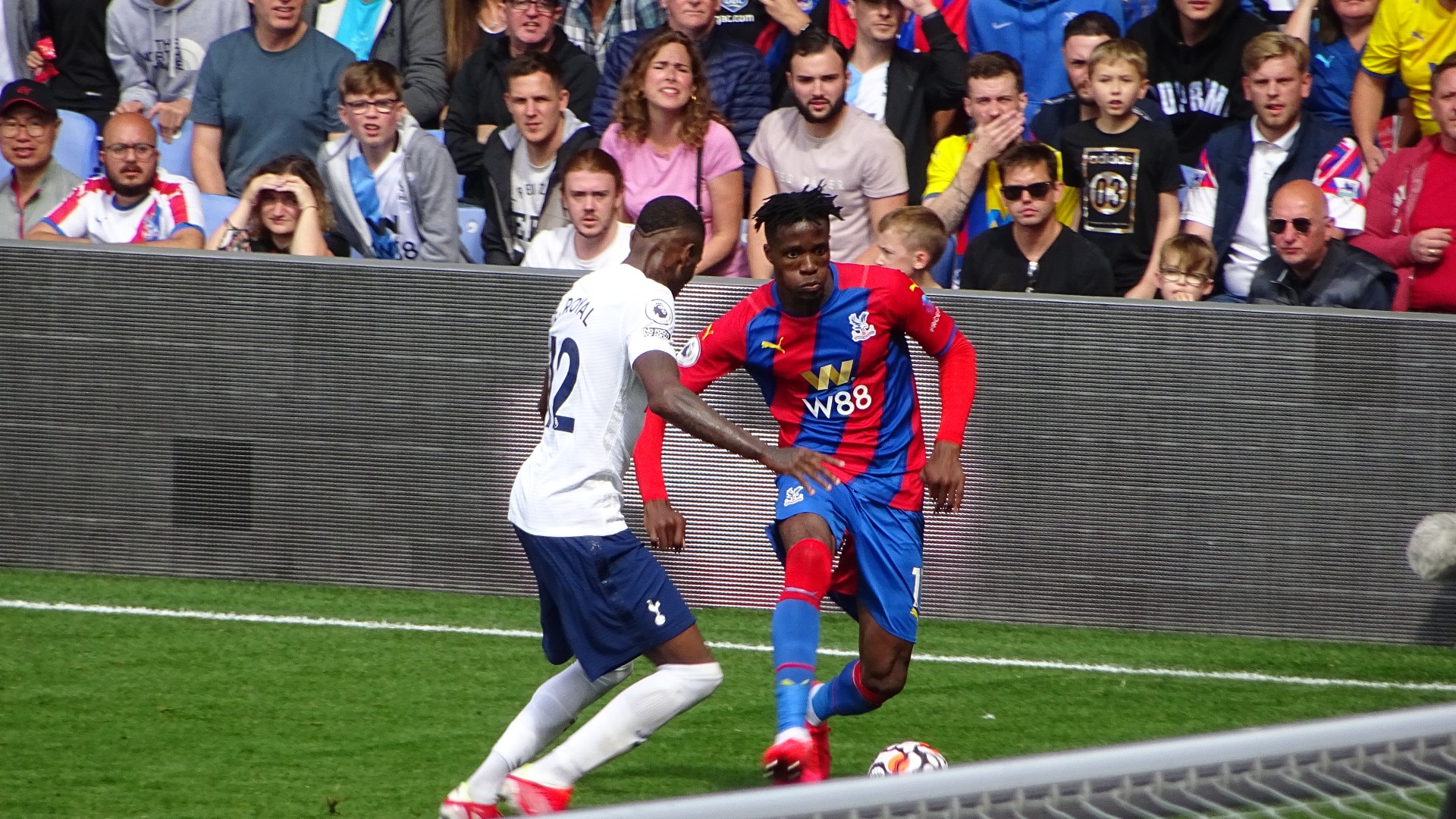 Crystal Palace face their sternest test since their opening-day defeat to Chelsea with Saturday's trip to Liverpool -- here's Rob with some areas of interest. (Photo by…
September 16, 2021 Robert Sutherland
Analysis 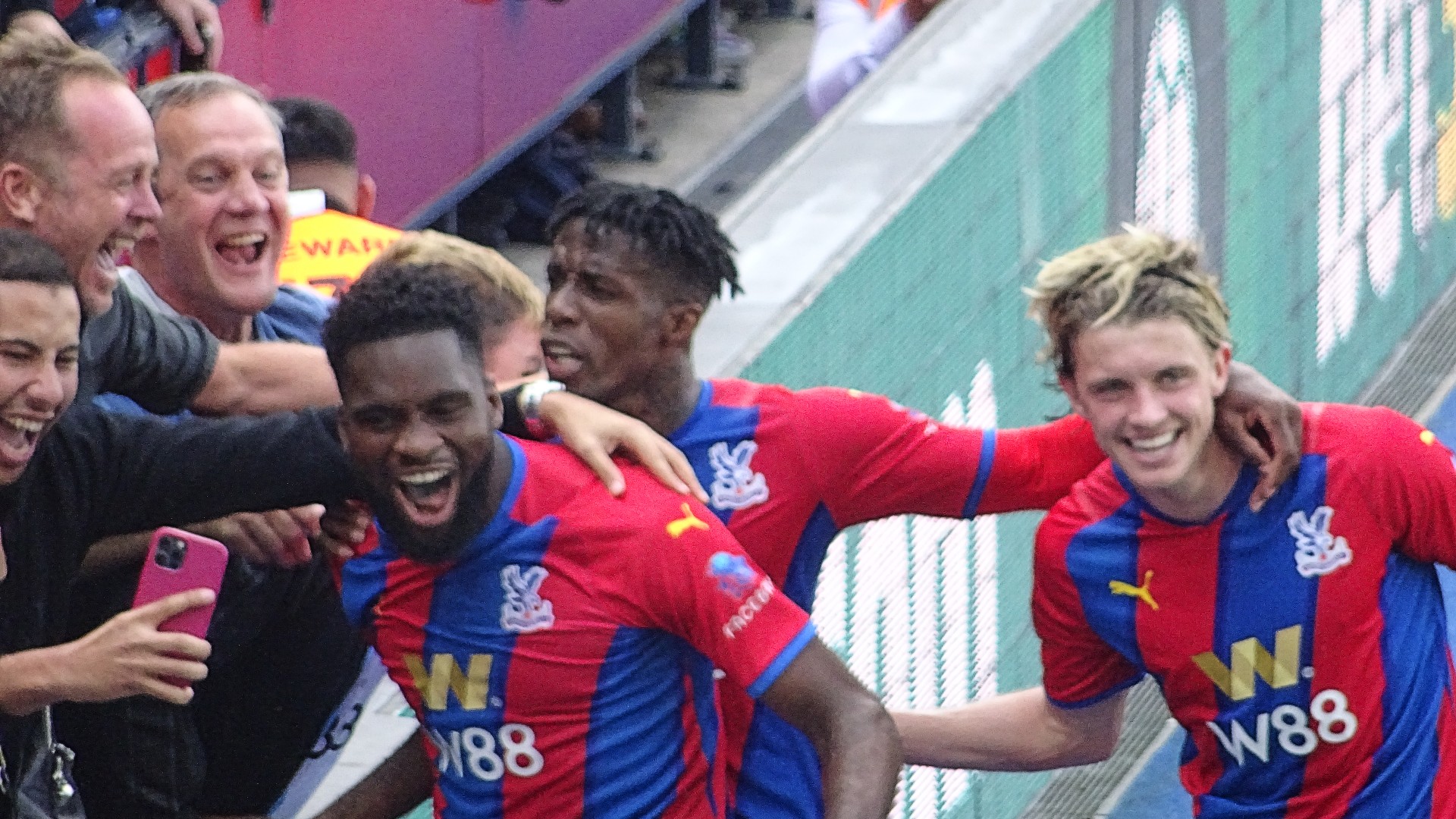 A bumper edition of Route to Goal features both of Odsonne Édouard's debut goals. He made…
Sep 15, 2021
Analysis 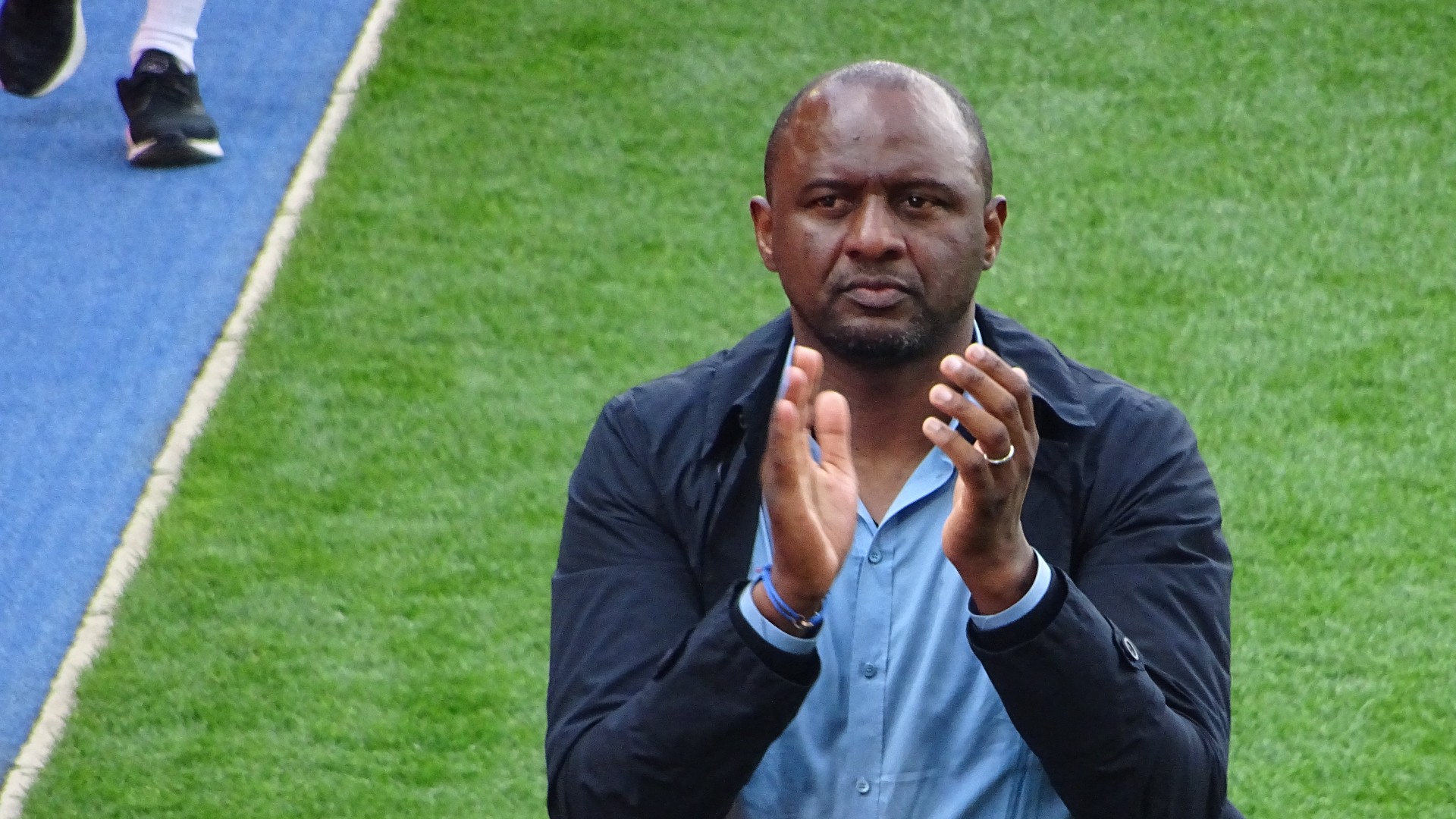 Despite (by his own admission) it being a bit too early to really tell what's happening,…
Sep 14, 2021
Analysis 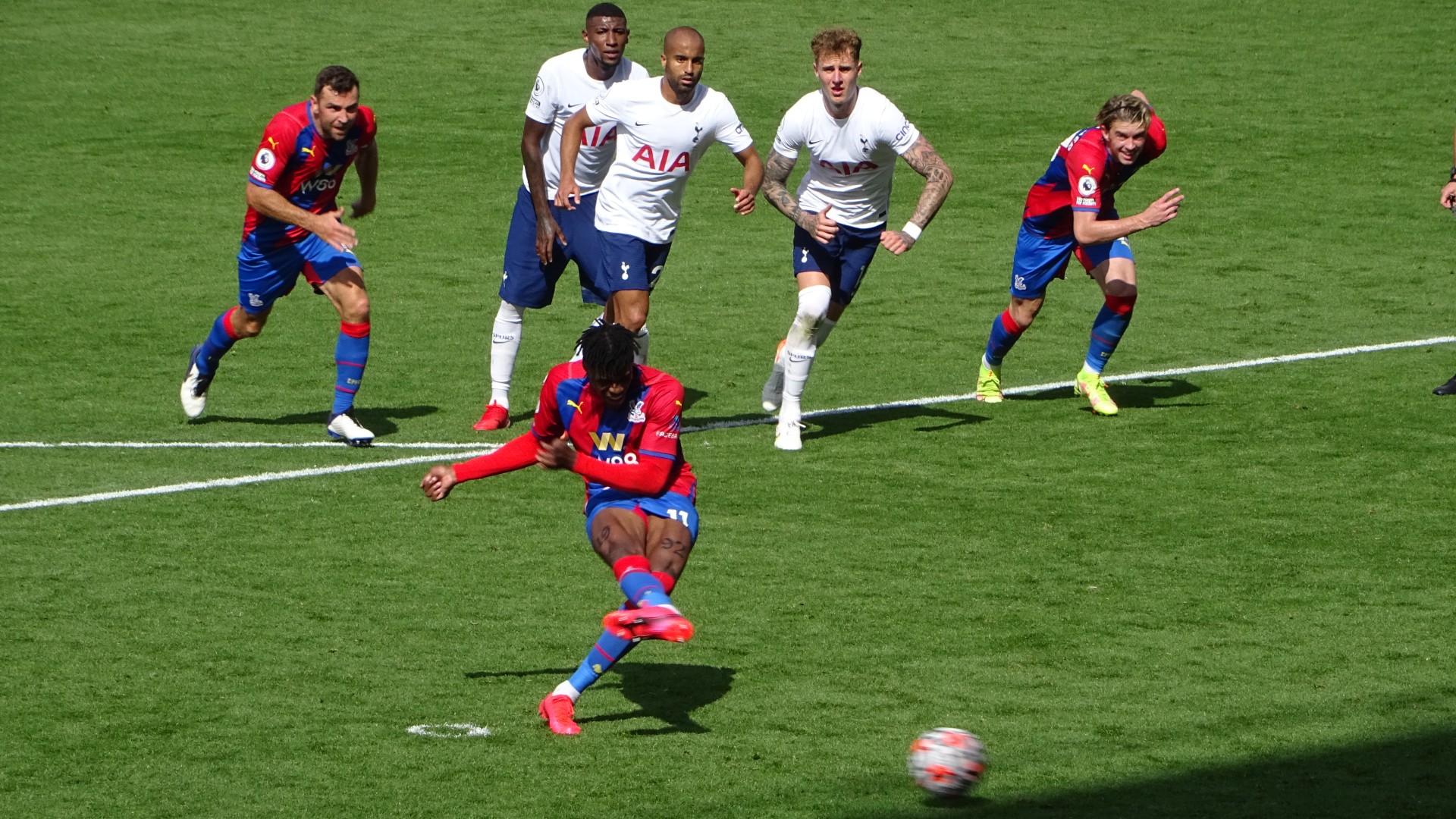 Facing the ten players of Tottenham, following the sending off of Japhet Tanganga,…
Sep 14, 2021
Analysis 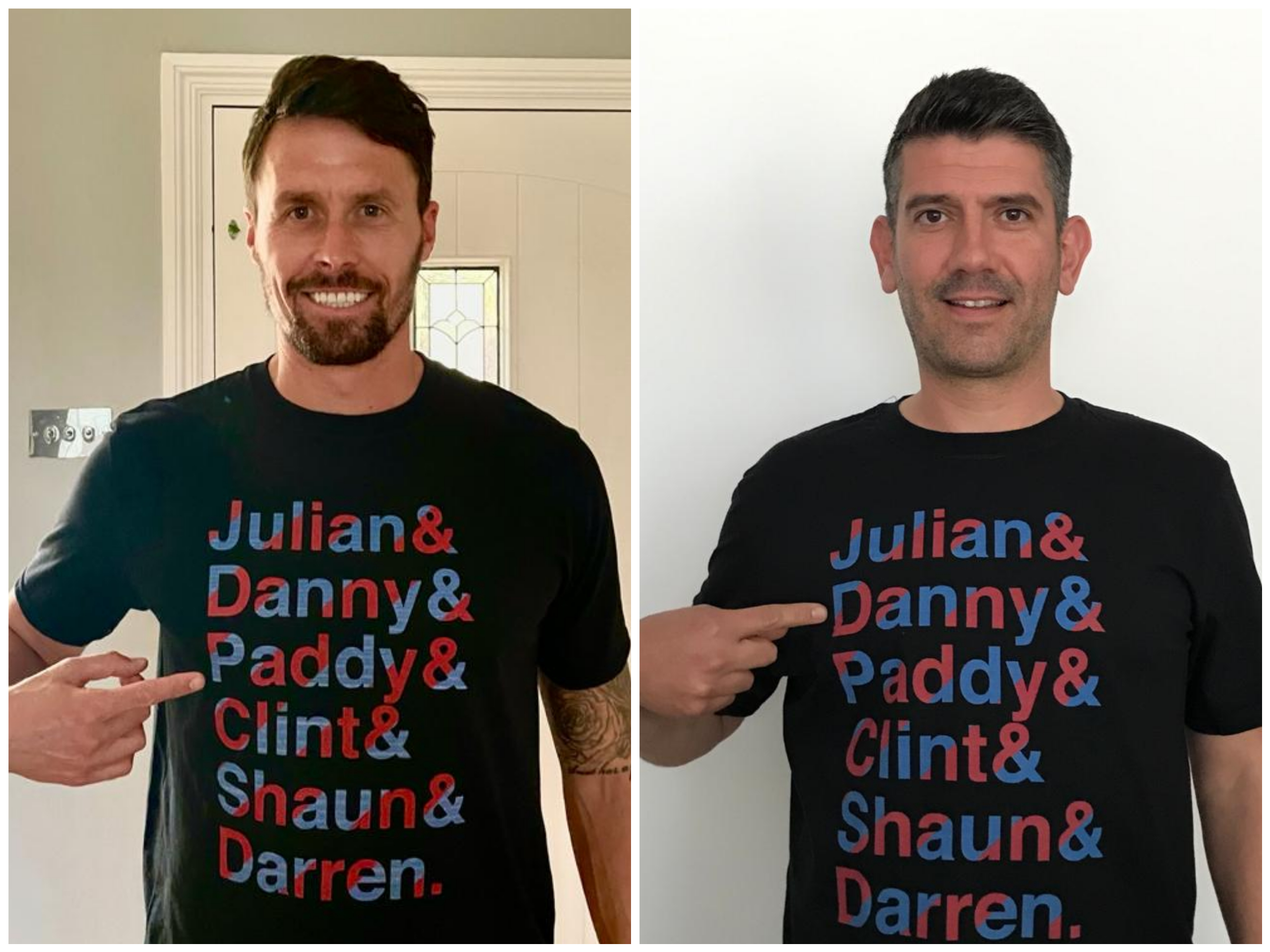 We all love Palace's Hillsborough Heroes; the lads who fought against adversity to save…
Sep 13, 2021
News 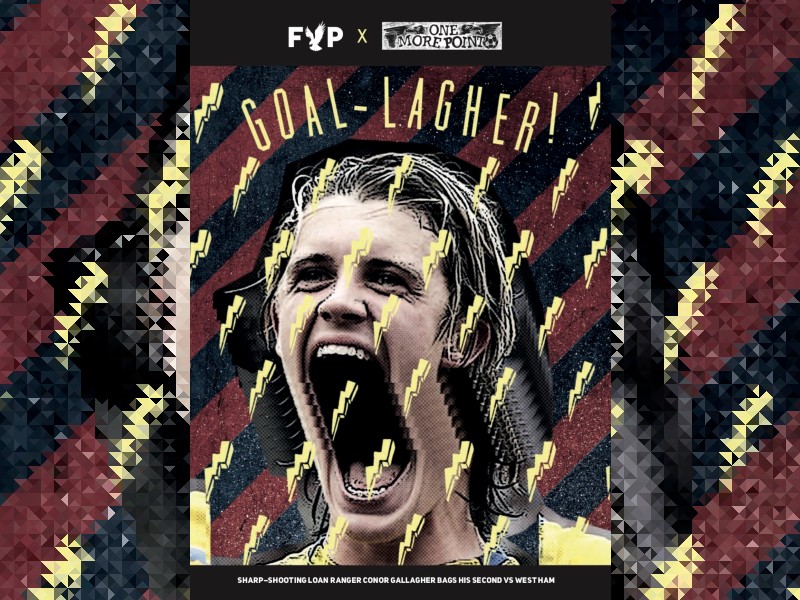 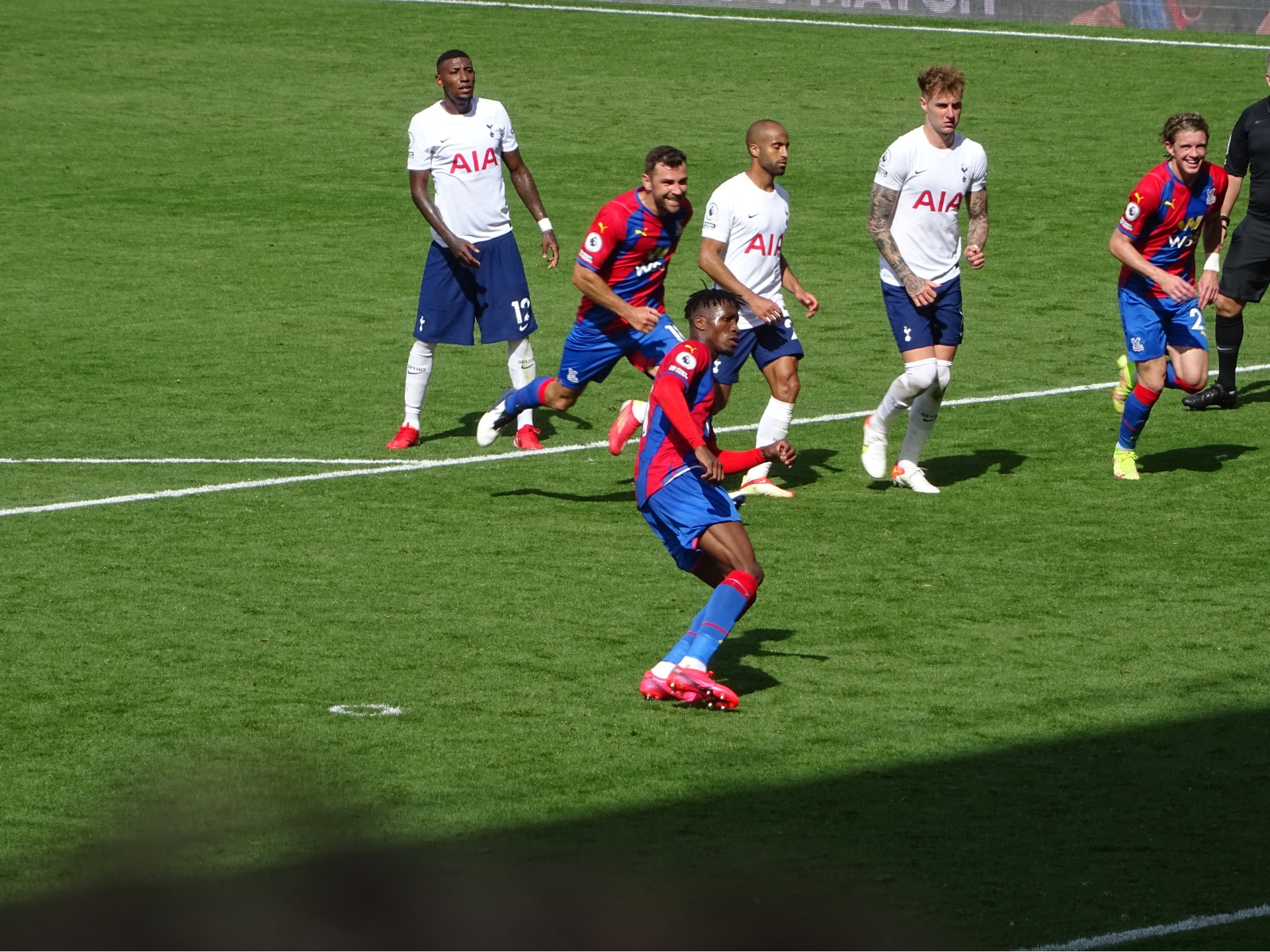 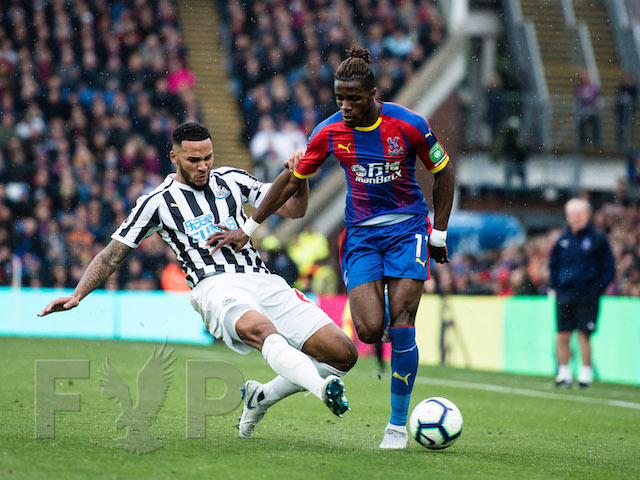 Crystal Palace legend Paddy McCarthy has praised Wilfried Zaha as "brave" for taking the weekly whackings he does from literally every team the Eagles play.

Speaking at the FYP Live Podcast was asked about playing and training with a young Zaha, who broke into the first team in 2010 just as McCarthy as team-mates were dealing with the club being in administration.

A few months later that game at Hillsborough saved the club, Zaha because a regular the following season and the rest is history.

When asked if Zaha was the best player he had ever played with, McCarthy didn't hesitate; "Yeah. 100%. "In terms of natural ability I've never seen anything like it, I just haven't and I just think he's getting stronger and stronger as the years go by.

And when asked if he had ever played against anyone better than Wilf it was a similarly emphatic: "No."

"I'd have a word with the referee...quietly. That's been happening to Wilf since he came into the first team, it's probably getting highlighted more in the modern game but when Wilf made his breakthrough he was getting kicked from pillar to post. I think every game I played with Wilfried I had to go and speak to the referee "Can you protect him? Is this going to happen every time he gets the ball where they kick the living daylights out of him?" 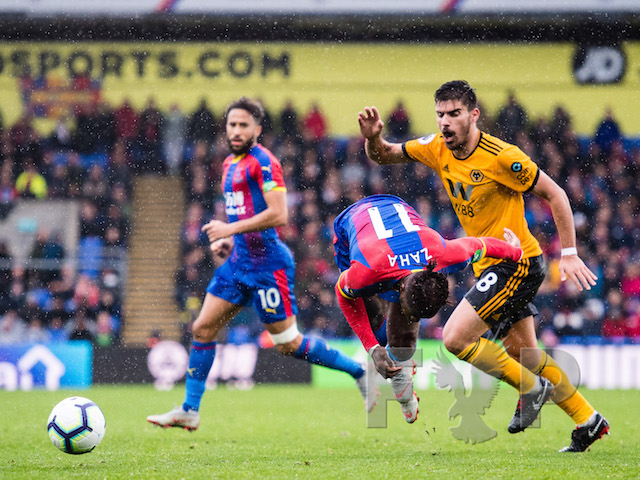 "But all credit to Wilf and this is where you have to understand how brave Wilfried is as a lad. people probably look at defensive players; myself, Shaun Derry, Clint Hill and probably think "oh they were brave, they were tough, they were hard"...but compared to Wilfried...because I can kick people but Wilfried actually knows when he's got the ball that he's going to get kicked, he's running at 100 miler per hour that's a different type of bravery. They're the brave ones. And to continue to do that, continue to run at people even knowing that you're going to get your legs kicked off you, that just shows you how brave he is as a football player.

"I think it's a tactical thing at the moment, the tactical foul. It's something that Liverpool use quite a lot, Man City...a lot teams are using this sort of thing.

"I've trained against Wilfried since he was a kit and sometime you are genuinely going for the football and he is that good that he will make you think you can get the ball and just as you get there he will flick it away from you and ultimately you're going to kick him. He's that special that sometimes it's not actually intentional, sometimes I think he leads defenders into believing they can win the ball when they actually can't because he's so quick off the mark, he's so skilful and he's such a talented player. " 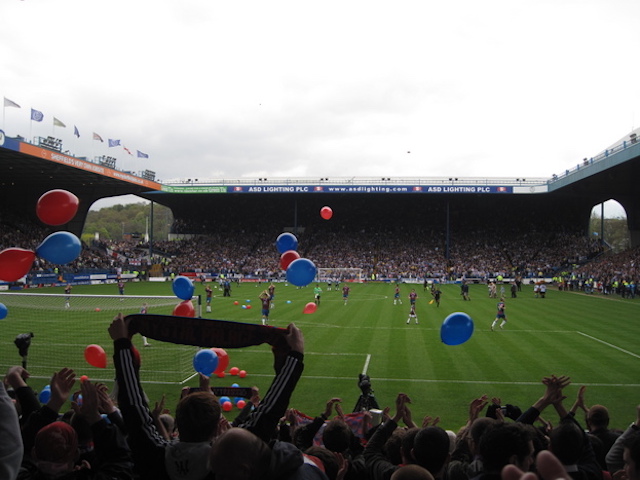 Palace legend Paddy McCarthy has opened up about what it was like as a player while the club went into administration a decade ago.

It's almost 10 years to the day that hedge fund Agilo called in the £5million they were owed and the club was plunged into administration, docked 10 points and stripped of it's manager and best players.

Speaking at the FYP Live Podcast McCarthy, now coaching the club's U18s, said: "The characters in there, the mentality, the focus, the changing room before hand was like a nightclub. That was probably my favourite team, when you're in the changing room and you look around and you see players left, right and centre that you know are going to max out and give it everything, that's a power feeling. And we had that in abundance. You had players not getting paid who didn't down tools.

"There's not many teams who go through administration, get deducted 10 points and you have players who are not getting paid, we had young lads struggling to get to work because they couldn't put petrol in their cars, but it just kind of galvanised everybody.

"I remember the atmosphere at Selhurst Park against Peterborough after the Newcastle game and that was just a powerful atmosphere, it was like the whole club just came together and I think the momentum just continued on since that game." 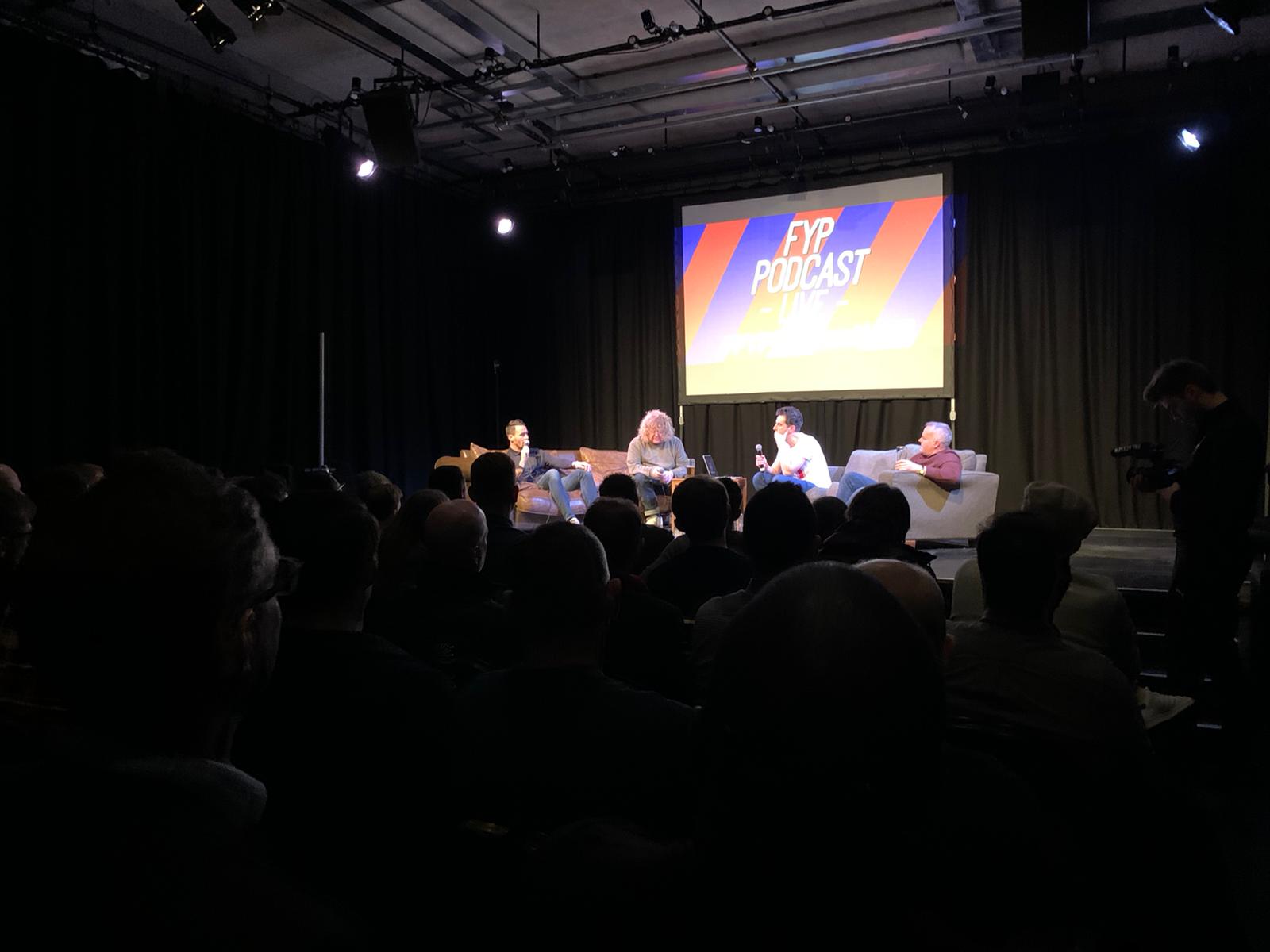 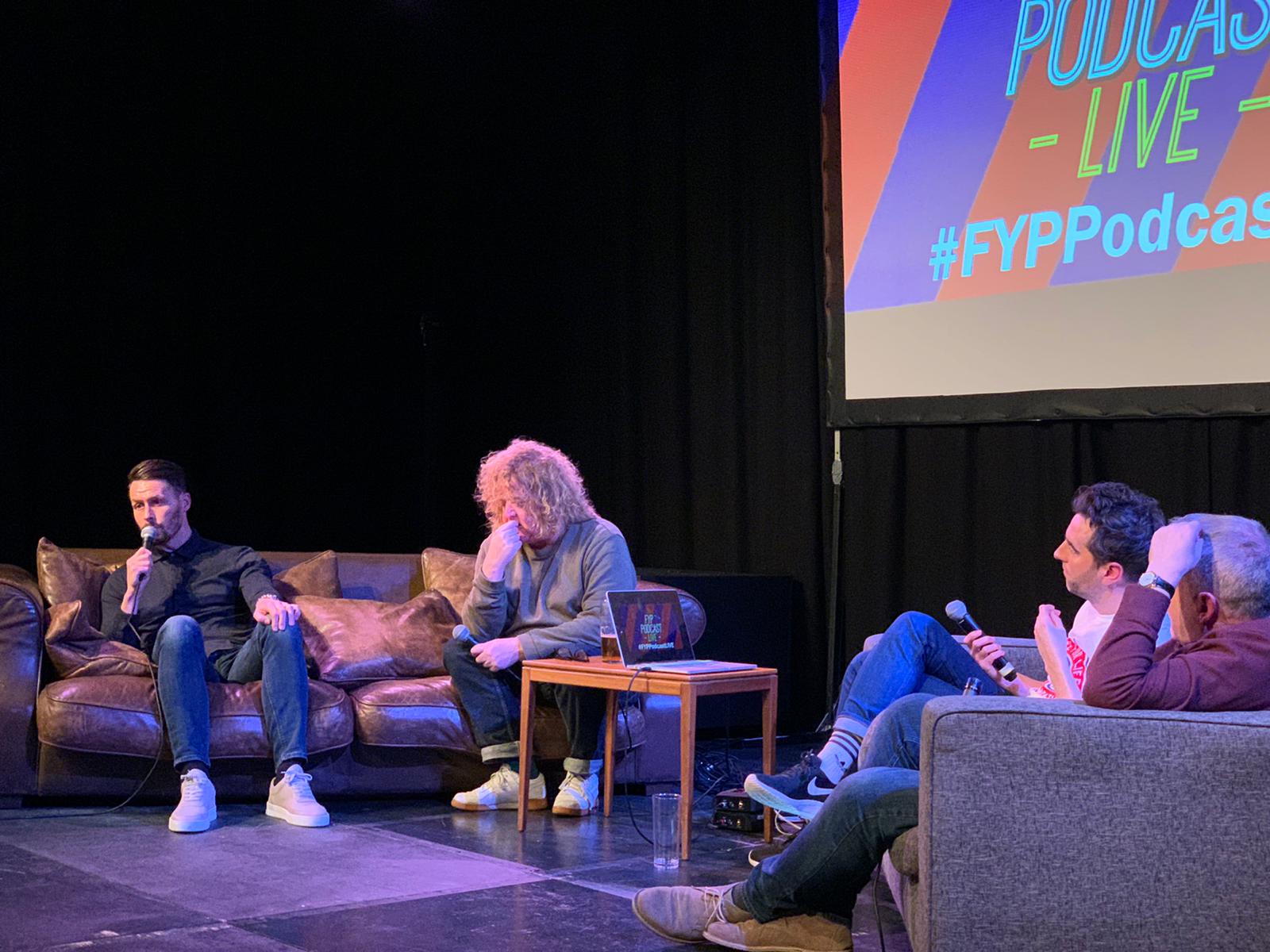 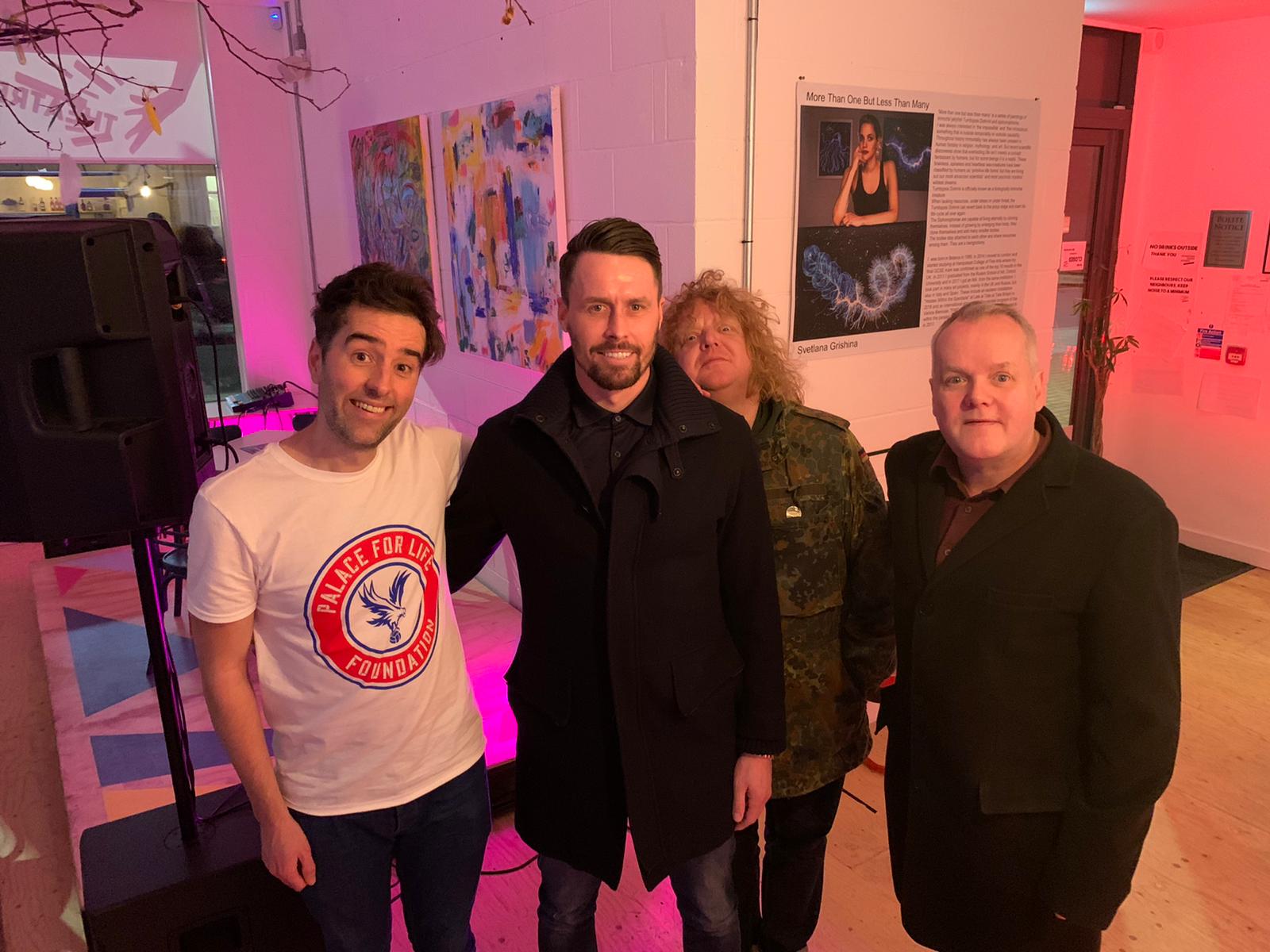 It was Paul Hart who was parachueted in as manager to try and guide Palace to safety after that deduction has seen them drop into the Championship bottom three. Previous gaffer Neil Warncok had sold to QPR for a sum of £500,000 that helped keep the club afloat.

Hart steered the ship and it was a final day draw at Sheffield Wednesday that secured the club's survival as they were taken over by CPFC2010 a few weeks later and now, 10 years later, are an established Premier League club.

On hart, McCarthy added: "He was a very impressive man, Hart, I think he was about 6 foot 4, greeted you by staring you in the eyes was always honest with you and he had got a way of making the team tick at the right times. If he needed to tell you you weren't doing to sell he did that in no uncertain terms and if he thought you were doing well he'd do that as well.

"I can't really remember the half-time team talk but I can remember what he did afterwards, he just literally walked in and we're all celebrating, shook everybody's hand and went "See you I'm off on holiday" and that was the last we saw of him. I think he did a live video from Barbados at the end of season do." 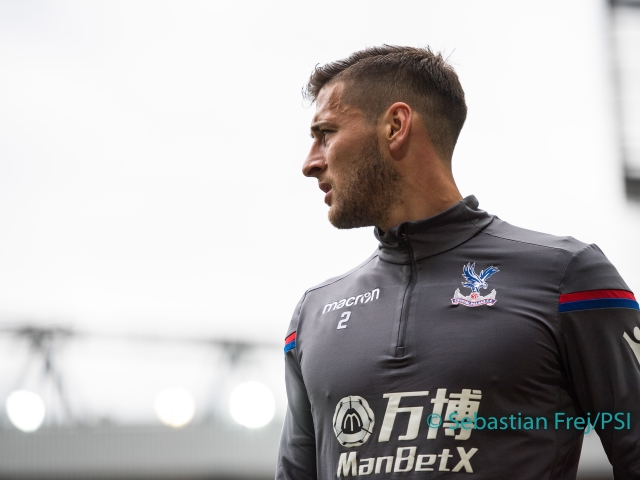 After seven and a half years at Crystal Palace and half a dozen derby games against Brighton, Joel Ward knows exactly what the game means to Eagles fans.

Speaking exclusively to the FYP Podcast this week, Ward outlined just how aware the Palace players are of the game and its importance.

He said: "I think it's hard not to be aware of it, just because of the buzz of it around the social media, radio, TV, whatever it is. The buzz is there and I think all the players know that. I think any big derby, people know what it is so I think Monday will be a special night."

Palace take on their bitter rivals tonight (Monday) in the first derby of the 2019/20 season and the fifth in the last three years and although Ward will be missing out through injury, he says that playing in it, it's hard to ignore the atmosphere and the occasion after the players cross that white line.

"I think its one of those where yes first few minutes your hairs are up and you know the importance of the game but I think, in the Premier League, every game is like that. The importance of it -- you can't do anything silly.

"When you've played a lot of games and you've got the experience, you just subconsciously go out there and do what you've got to do. As long as you do your job, you're ticking the boxes and making sure you give yourself the best chance."

Ward was given an early initiation into the Palace Brighton derby in his first season at Palace having joined from Portsmouth in the summer of 2012 as the two teams played each other four times, twice in the league and then in the playoff semi-finals, finishing in that infamous 2-0 win for the Eagles at the Amex in the second leg.

"That was arguably one of the best if not the best away games to be involved in," Ward says remembering that game.

"The first game [in the league] at their place, I was just coming back from injury so I missed that. Then I came back in for the game after for the last 10 games of the season as we went into the playoffs.

"That night, wow, that night was something special. The atmosphere, the buzz after the game was just hard to describe. I think it was Jonny Williams's dad and my dad who were sat close to each other just going crazy. I saw dad later on and the family and I don't think any of them had a voice, just gone."

In the current squad, only Wilfried Zaha has played in more Palace Brighton derbies, having featured in 10 in the last eight years, four more than Ward. 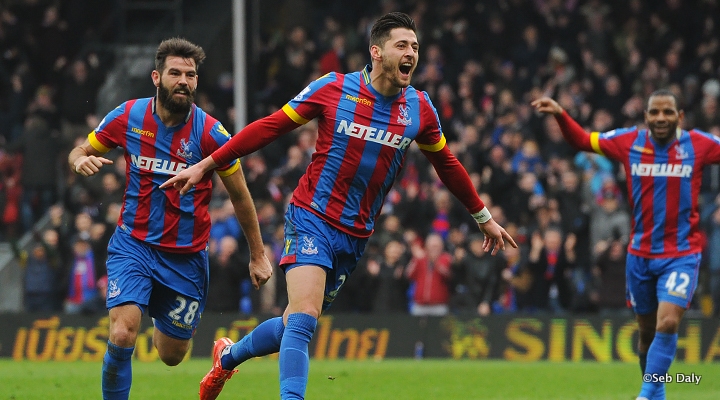 Listen to Joel Ward talk about the Brighton rivalry, almost not joining Palace at all, the secret to surviving in the Peemier League and some of his favourite moments in red and blue only on the FYP Christmas Special podcast below... 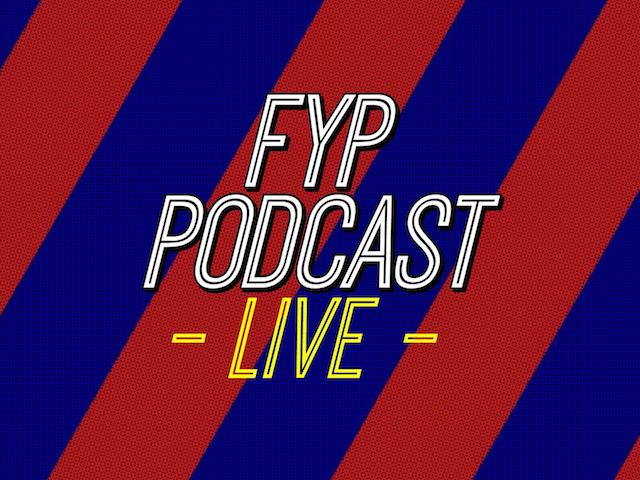 Well, this is exciting. We are doing our first ever LIVE Podcast in January 2020.

It's only taken us 11 years to build up the courage to pod in front of a live audienc which is weird when you consider 50% of our panel are standup comedians and one regularly DJs.

Actually we did do one podcast with a small audiance at The Waterfront in Streatham years ago but everyone got so drunk we had to cut half the recording.

Anyway, on Friday January 17th we will be recording the first ever FYP Podcast with a proper live audience in a grown up venue and everything. We have booked the main auditorium at the Streatham Space Project in Streatham Hill and doors will open at 7pm with the night kicking off at 7.30pm.

The venue has 120 seats which is both super exciting and terrfying that we won't fill them out.

We'd absolutely love you to join us on the night, where we'll also have a very special Crystal Palace themed guest. Someone who has played for the club and has a multitude of stories that we can't wait for him to share with us on the night.

Tickets are £10 each and are now on general sale.

Get your ticket by clicking this link here.

Tickets initially went on sale to Patreons as a priority and we've sold half the venue out already so be quick if you want to come along.

We really hope you'll join us on the night for what will be a memeorable event and hopefully the first of many live FYP Podcasts. Cheers!