Despite everything will 2015/16 actually go down as a success for Crystal Palace? 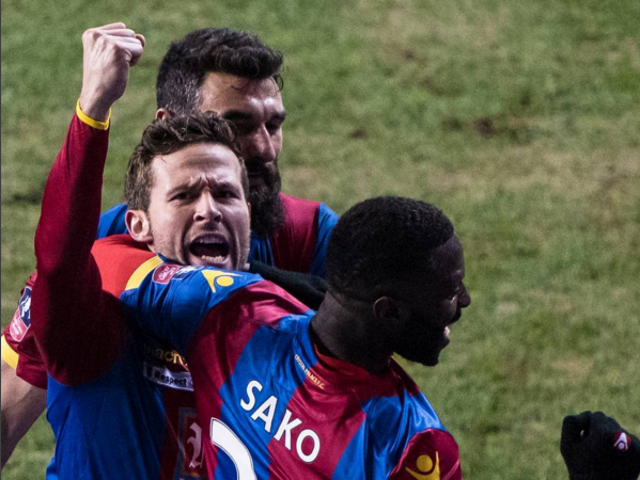 During my sixteen years and counting of supporting Palace, the roller-coaster ride of being a Palace fan has taken me from incredible highs to devastating lows. From Crystanbull to the 2010 administration, and from Wilf’s double against Brighton to the majority of Peter Taylor’s tenure, I think it’s safe to say I’ve seen it all.

If someone said to me six years ago that we would soon be guaranteeing our Premier League status for a fourth successive season, with an FA Cup Final round the corner, and extra investment coming in to help expand Selhurst Park, I probably would have bitten your hand off. But that is situation we find ourselves in, and while our league form in the second half of this season has been underwhelming to say the least, the 2015/16 season should still be looked on fondly.

The domestic season has produced some unforgettable memories. Victory away at Chelsea meant only the second defeat in 100 for Jose Mourinho at Stamford Bridge (though of course he had a few more to follow), while Scott Dann’s late winner against his boyhood club Liverpool won’t be forgotten in a hurry. And of course the 5-1 thrashing of Alan Pardew’s old employers Newcastle United, the most goals Palace have ever scored in a Premier League match.

These memories, however, all came in the first half of the season. Since December 19th, Palace have only won one league match in 18, playing some quite dire football along the way. Fans have question Pardew’s managerial capabilities, players’ desire and the club’s January transfer policy, with distinct fears of relegation despite being in 5th place in December. Currently in 16th place (admittedly only 3 points away from 11th), many feel that the playing side of things has declined, and if it wasn’t for our cup run Pardew could have be under serious pressure. To tell you the truth, it’s all felt a bit depressing.

But let’s look at the facts. Injuries have ravaged our season, and it has been a long time since we have been able to start with our strongest XI, one that we know can compete with any squad in the division. James McArthur, Jason Puncheon and Yannick Bolasie have been out for long periods of time, while Connor Wickham has suffered a very stop-start debut season at the club. Let’s not forget that our first two seasons being back in the Prem came and went with no major injuries at all, so I suppose we were due a bit of bad luck on that front eventually.

Expectations around the club have certainly changed in recent years. We no longer see ourselves as ‘plucky underdogs’, and feel hard done by when we get outplayed by footballs richest clubs. Let’s not forget how quickly we have got to this stage. We have one of the lowest wage bills in the league and one of the smallest stadiums, so it will take time to compete with many of the clubs around us to have a squad with quality depth all round.

But with another season of Premier League football meaning more money coming into the club than ever before, through TV money and our new American investors, that could all soon change. In my eyes, Premier League survival should always be the main aim, with anything more than that being a bonus. And the bonus of an FA Cup Final could mean that the 2015/16 season actually ends as the most successful season in our club’s history.