Palace fans are in shock at the news the club have had a £32million bid accepted for Marseille star Michy Batshuayi. But will he ACTUALLY join the Eagles? French football expert Adam White runs the rule over this huge potential deal. 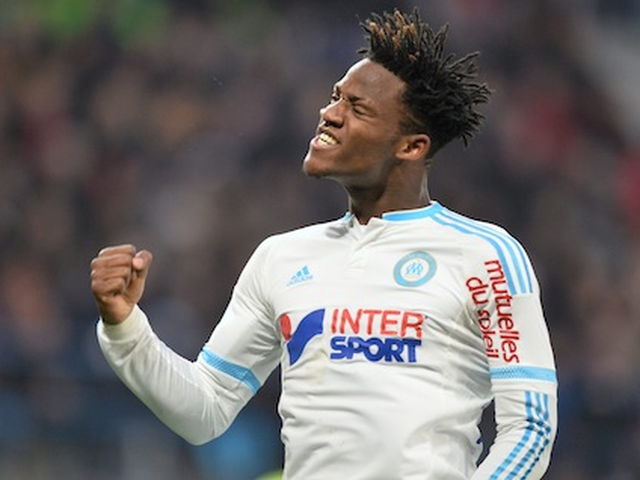 The 10 million pounds spent on Yohan Cabaye is currently Palace’s record transfer fee, good business at the time; a starter for Les Bleu, Champions League experience and a proven Premier League performer. In the last 24 hours, the club have had a bid of more than three times that amount (£31.8m) accepted by Ligue 1 heavyweights Olympique de Marseille for Belgian striker Michy Batshuayi, a player of far less international repute but equally worthy of the hefty sum.

Firstly, should Palace pull this off, Batshuayi is a catch. West Ham tabled a similar bid earlier this summer while Arsenal, Liverpool and Spurs have been linked heavily in recent months, not to mention that Juventus are also reportedly interested. The 22-year-old from Brussels has been on the radar of many of Europe’s top clubs for some time, and for good reason.Michy (as he is often more simply referred to, understandably) is a powerful and direct centre forward, accustomed to playing as the lone striker. His movement around the box is subtle but effective, regularly finding openings in a league where space is at a premium while he is also adept with his back to goal, bringing others in to play or turning his centre half.

Crucially, from Palace’s point of view, Batshuayi is an undoubted goal scorer and has shown himself to be capable of finding the net in a variety of ways at Marseille, scoring 33 times in 78 matches since arriving from Standard Liege two season ago, notching 17 in 36 league outings this season, impressive in the notoriously slow and defensive Ligue 1. Whether with his head or his trademark snap piledriver of a shot, at his best Michy is a lethal, clinical finisher, often only needing one touch in the box to fire home and regularly using his sharp reactions, awareness or his pace to peel away from his marker to create the opportunity he needs.

Given the similarities between set-ups at Palace and OM, Batshuayi would slot straight into the central striking role, gleefully feeding off the wing wizardry of Wilf Zaha and Yannick Bolasie as well as service more centrally from Cabaye and co much as he does at OM in a 4-3-3 or a 4-2-3-1 formation. Michy does heavily rely on service however, whether that comes from crosses, balls into his feet to hold up or over the top into space. To get the best out of him, Palace will have to play to his strengths and the onus will be on the sporting cast to load the chamber rather than have the Belgian, admittedly still a little raw at times, create from nothing. This need was all too apparent in the second half of the Ligue 1 season when his performances (and strike rate) dropped off a little in a struggling OM side.

Finding out Palace have had a €38m bid accepted for Batshuayi. pic.twitter.com/1gHDqMv5hZ

The player is likely to leave southern France before September 1st after Marseille’s terrible season; finishing 13th, dropping alarmingly close to the bottom three in the final few months of the campaign and failing to win at home for more than seven months. From the player’s perspective, it is time to move on but given the range of interest, will this deal come off? The Premier League has long been on the player’s mind but he is thought to prefer a club with Champions League football this season. There have also since been reports that Michy is ready to turn Palace down in favour of a bigger club.

However, with West Ham’s attention turning to Lyon’s Alex Lacazette, Juventus’ valuation being several million euros short of OM president Vincent Labrune’s and no concrete offers from Spurs, Arsenal or Liverpool apparent so far this summer, there is hope yet for Palace fans.

Although with a large sell-on clause likely to be part of any deal, the player (and the OM board) might see any move to Selhurst as a stepping stone to supposedly bigger things. Nevertheless, although this might not be the ideal situation for Palace fans, his signing would prove a very productive move for both parties. Michy Batshuayi could be the out-and-out goal scorer Alan Pardew and Palace fans have been craving.