Joniesta's Palace Career was a Dream that Didn't Quite Come True

Jonny Williams was the great hope for Palace, but as Bryan Davies says, sometimes it just doesn't work out like that. 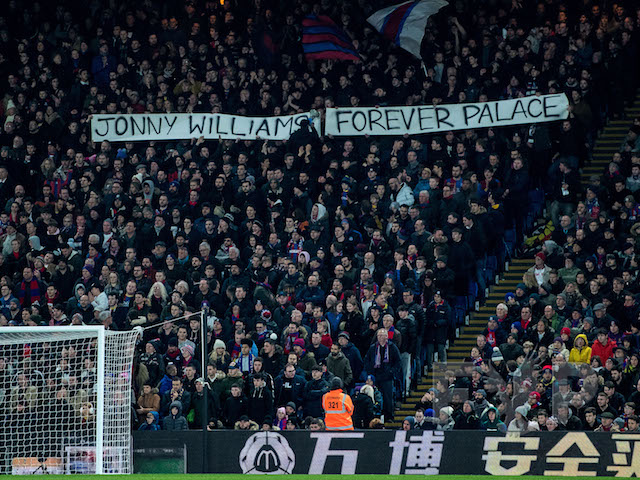 Farewell sweet prince. We barely knew ye. Losing one of your own is always keenly felt, and the reaction to Jonny Williams leaving for pastures new has been marked - particularly when you consider he only made 30 senior starts in eight-and-a-half years in red and blue.

Williams’ Palace story was one of hopes and dreams and frustrated hopes and dashed dreams; an unjust tale of unfulfilled promise and a seemingly endless cycle of bad breaks, both literal and metaphorical.

There had been whispers of a prodigious, waspish talent with exemplary technique rising through the academy - remember the video of his mazy dribble against Arsenal?

Elevated by Dougie Freedman, he was electric, and all the noise seemed justified, especially once he had bossed midfield in a famous 3-1 win at the Amex.

A few weeks later he broke his leg playing for Wales under-21s on a shocker of a pitch in Armenia, and the die was cast.

Tales of injury-blighted careers are nothing new, but Williams’ litany of breaks and strains and pulls and tweaks always seemed particularly cruel, and it all adds up - those who have watched Sunderland ’Til I Die have been offered an insight into the physical and mental toll such a wretched run can have on a player.

Hindsight is a wonderful thing but perhaps, when we considered Williams’ frame and style of play, we should have seen it coming - Championship midfields are unforgiving arenas.

It may have been on and off, stop and start, but there were still key contributions and fond memories made, notably the promotion season of 2012/13 where he started every match in the Play-Offs.

Williams has been a key part of a cohort of young Welsh players promoted together through the age-group sides. In his first senior start in 2013 he was magnificent in direct opposition to Luka Modric, and he was a feature of Wales’ romantic journey to the semi-finals of Euro 2016.

Amongst all this there have been myriad loan spells of mixed success, but throughout it all it has been clear that Williams is held in the highest esteem by colleagues, coaches and fans alike, which speaks to his character and temperament. He wasn’t nicknamed Joniesta ironically - there was logic and love behind the moniker.

This is no footballing obituary, though: Williams is still only 25, and there is an opportunity for him to rebuild his career - many players have thrived having initially taken a step or two backwards. It’s impossible to know the state of his game right now, but the raw materials remain and - he says through gritted teeth - The Valley could be a good fit for him, as he should get ample opportunity to play and impress in a side looking for promotion.

Genuine fan-player connections are all too rare these days, which is why this departure is such a significant one. With a player like Williams, or Wilfried Zaha, or Harry Kane at Spurs, the association is deeper - it goes beyond salary or success or conventional footballing metrics. Williams’ exit interview showed explicitly just how much the club and its wider community has meant to him for the past 17 years.

Many like to tell us there’s no room for sentiment in football. That is bollocks, frankly, but the time was right - Williams needs and deserves regular football, and Palace simply could not provide him with that. The club are, slowly but surely, changing the way they recruit and build squads but - with significant investment in the academy forthcoming - there will always be a place for players like Williams to emerge. There has to be.