Palace's play-off win was memorable thanks to big players providing big performances. But there were others who should be remembered fondly too. 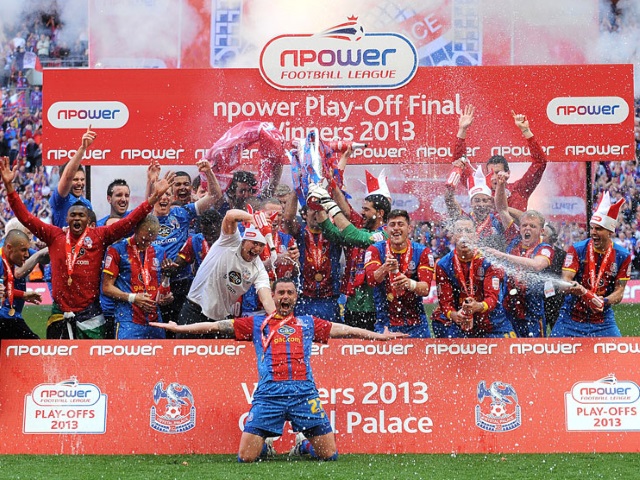 Watching back some of the coverage of Palace’s three playoff fixtures thanks to the excellent #RedAndBlueRewind feature by PalaceTV, you realise that you remember the big players who made telling contributions to the result, but you often forget those who quietly did their jobs too.

We remember Wilfried Zaha, Kevin Phillips, Mile Jedinak and Julian Speroni. We remember Damien Delaney’s tears and Joel Ward’s goal line clearance. But there were many other players who played significant roles in the team’s promotion. And they don’t get the credit they maybe deserve.

This article intends to address that balance, to say thanks to the quiet but diligent workers who helped build the promotion which has resulted in years of Premier League football.

Much credit is given to Palace’s defensive unit for the promotion win. Keeping clean sheets against Brighton and Watford was no mean feat, with Speroni, Ward and Delaney worthy of credit for the role they played. But there were other winning performances, too.

In Dean Moxey, Palace had a reliable left-back who didn’t just keep Will Buckley under wraps but also gave the young, marauding Zaha the freedom to attack. Moxey was a regular during Palace’s first season in the Premier League but the arrival of Tony Pulis brought an end to his first team duties and he left to join Bolton Wanderers the following summer.

Alongside Delaney stood Danny Gabbidon. The centre-back joined the club in the summer of 2012 but didn’t feature in the side until the December of that season. The experienced centre back played a crucial role alongside him during the play-off games, keeping both play-off opponents at bay.

Despite the Seagulls having the better of the play in the first leg, the duo’s ceaseless running ensured that Brighton’s midfield couldn’t find the composure they’d had in the 3-0 win at the Amex a few months earlier. And in Garvan's case, the midfielder had only recently returned to the side following a long injury layoff. His return coincided with Palace's upturn in form towards the end of the season.

Another heroic performance that really doesn’t get the credit was that of Stuart O’Keefe in the playoff final.

The midfielder had played a bit-part in the clubs promotion bid that season, but with Dikgacoi going off injured early in the proceedings at Wembley, O’Keefe was called upon to do the running alongside Jedinak. His defensive play helped frustrate Watford and in doing so, secured the win.

And in Palace’s attack, Yannick Bolasie and Aaron Wilbraham played memorable parts, too.

Bolasie’s involvement, or lack of, in the play-offs was perhaps the most surprising and forgettable. The winger, who had played such a crucial role in getting the side into the promotion tournament, only played 42 minutes in the two semi-final fixtures and didn’t feature at all in the final.

But it was his cross, hit with precision from the left side of the pitch, that Zaha latched on to the end of. It was just one contribution, but it gave Palace momentum that they would then carry into the final. It’s amazing to think that a player who wasn’t worthy of a starting role in the side would go on to become a £30m departure just a few seasons later.

As for Wilbraham, many will remember the striker for the missed chances at Wembley. The striker was thrust into the limelight when Glenn Murray went off with a cruciate ligament injury, and taking over from Palace’s top scorer would be no easy feat.

But the striker, who had featured for Stockport County in the miraculous last game of the 2000-2001 season, led the line diligently in all three play-off matches, providing a holding presence in attack that allowed teammates around him to thrive. It wasn't a goalscoring performance but he made up for it with his general play. And by all accounts, he was also a hugely popular and influential character in the dressing room.

All of these players formed solid foundations that helped the memorable players to do the jobs that got the club promoted. Even if they didn’t win headlines like other players did.