After Roy Hodgson admitted Zaha is keen to leave, that's something Palace fans will have to prepare for this summer.

On Sunday evening after Palace's final game of the season, Roy Hodgson admitted that Wilf Zaha has been agitating for a move away for some time. It's not a scenario Eagles are are unfamiliar with but maybe this time it could be time to actually prepare for his deaprture.

"It's obviously affected him because his form in the last few weeks has really been quite poor considering what he is capable of doing," Hodgson said to reporters after the game. "It's a dilemma for the club and a dilemma for him if he is so set on leaving. If he feels he just does not want to be with us any more, that would be sad.

He added: "We still like him very much; we can't make him like us. This is a situation that only he and the club can sort out. I don't have an answer." Strong words from Hodgson who usually tends to keep his powder dry with these sorts of things.

For football clubs, the pandemic has created plenty of cruel scenarios over the last few weeks and months. Liverpool and Leeds Utd fans haven't been able to enjoy their side's title wins. 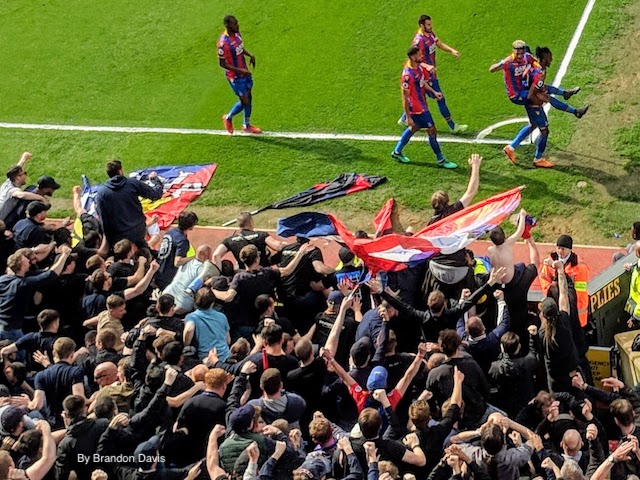 MORE: Opinion: Roy Hodgson's Time is Up -- And He Deserves a Dignified Exit
A football stadium, packed with supporters, is where careers start and careers end -- and yet on Sunday, Selhurst Park was quiet, with just the sounds of players and management's shouting ringing around the empty stands, as Zaha did what we've all become so accustomed to. The winger's push and pull approach to seeking a move reached a climax during the last summer, and with Palace doing the impossible by warding off interest from Arsenal and Everton, there was a sense that it would just be a matter of delaying the inevitable.
There had, according to reports, been promises made to the winger that the previous season would be his last. The club would let him go were they to receive an acceptable bid, reflecting what the owners valued him at -- believed to be in the region of £80m.  Arsenal apparently rocked up with a derisory £40m offer, while Everton reportedly did the same, only for the club to reject both offers. The winger was subsequently told that he would have to stay, to the chorus of members of his family imploring the club to allow him to make a dream move to Arsenal, the club he supported as a child.
As the highest-paid player at Palace, suggestions from some of Zaha's friends, such as rapper Dave, that he was being held against his will by an 'evil club' were a little over the top -- but it seemed clear that a move away would be the only satisfactory conclusion for a player who is eager to compete in Europe and at the top end of the table.
Most Palace fans wouldn't begrudge him a move. They know the club's level in the pecking order, and having witnessed Zaha's genius over the course of his career, it's clear that his talent deserves to shine on a grander scale. It is however disappointing that such a move would likely come following what has been a relatively frustrating season for Zaha. Perhaps this transfer window really is the ideal time for such a move.
Zaha's potential departure will signal a major shift for Palace. His presence hasn't just helped the club get out of unenviable tight spots over the course of his career, it's made the team one which, at times, has played almost entirely with the purpose of empowering the attacker to play a winning role. 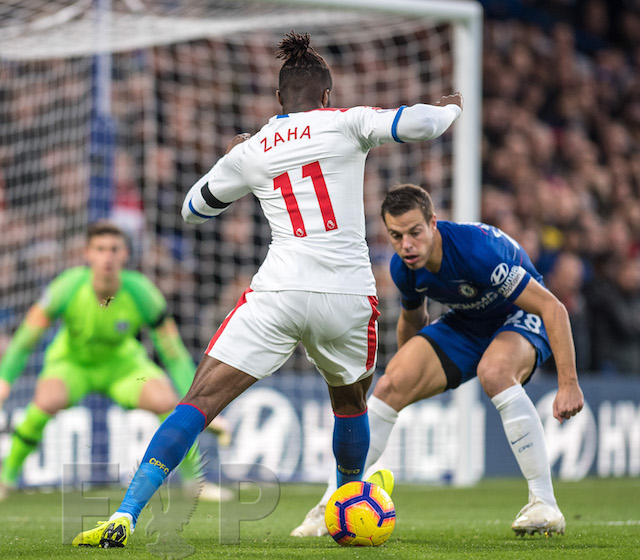 WHAT IF... Frank de Boer hadn't been sacked? We simulated on Football Manager to see...
This has made the Eagles increasingly predictable and as witnessed this season, should opponents want to defeat Palace, the best way to do it is to mark Zaha out of matches, leaving the side with a blunt attack. Palace need to reinvest the Zaha money in attacking players that can give the manager variety across the front three, with a focus on ensuring that the club move away from being just a one-man team. This one move should result in multiple signings.
As for Zaha, the hope is that a move away can fulfill his dreams. That he can become part of a title-winning unit, ideally abroad, and that wherever he goes his new manager and his new fans can appreciate his talent. Zaha needs to understand the value of first impressions, the importance of showing a positive attitude, and understand that unlike Selhurst Park, another fanbase might not be as forgiving.
Palace fans have watched in wonderment at Zaha's brilliance, even in matches where he hasn't always played a winning role. His talent and contributions have made him one of the best Palace players in the club's history, and he'll always be remembered for his legendary contributions.
If this really is his final game in red and blue, then thank you Wilfried. It's been an absolute pleasure. It's just a shame we can't tell you how much.