Across the season, we will be breaking down Palace goals across the 2021-22 season. Thankfully, Palace decided to buy some extra time to get going by failing to score in either of the opening two games so there would be more time to finish writing about the end of the transfer window. Here is Route to Goal #1, Conor Gallagher.

It has been surprising just how quickly Marc Guéhi has started this season. There has been no bedding-in period for the young centre back, and his ability carrying the ball was on show against West Ham, as Palace trailed 1-0. 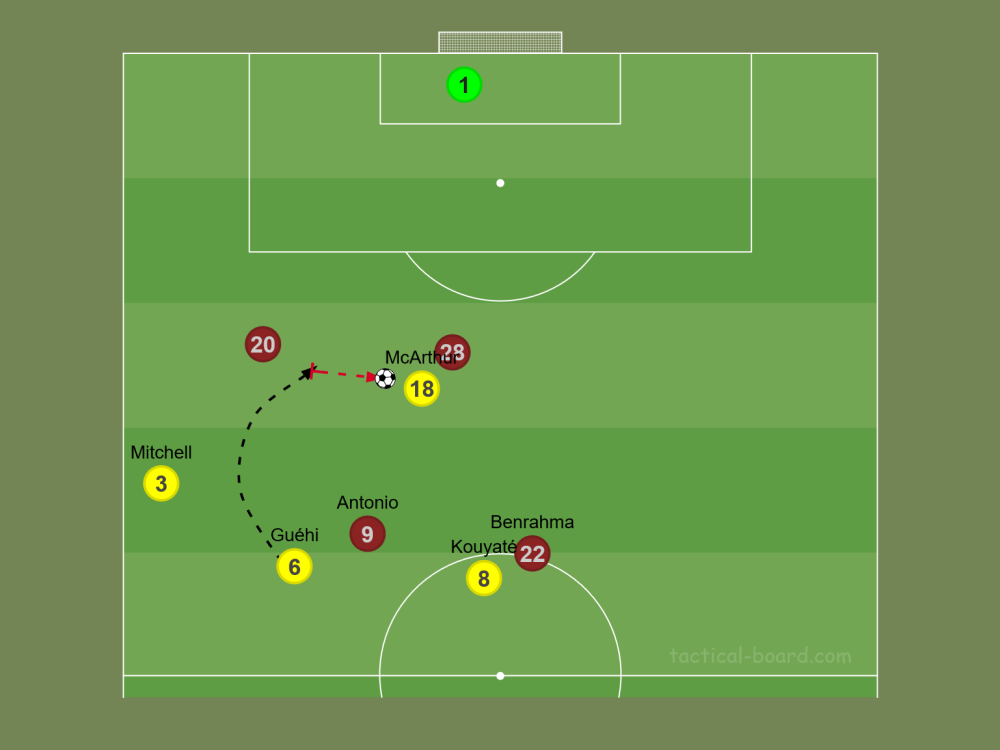 Guéhi, rather than looking for another pass, makes a positive driving run, immediately taking Antonio and Benrahma out of play defensively. Bowen, possibly aware of Mitchell to his right, is passive in his response, allowing Guéhi to offload to McArthur.

Continuing his move forward, Guéhi positions himself as the second centre-forward alongside Benteke, forcing Dawson to mark him man-to-man.

With Guéhi now onto the edge of the West Ham area, Palace is 7 vs 8 with McArthur in possession, showing more attacking intent from Vieira's side. 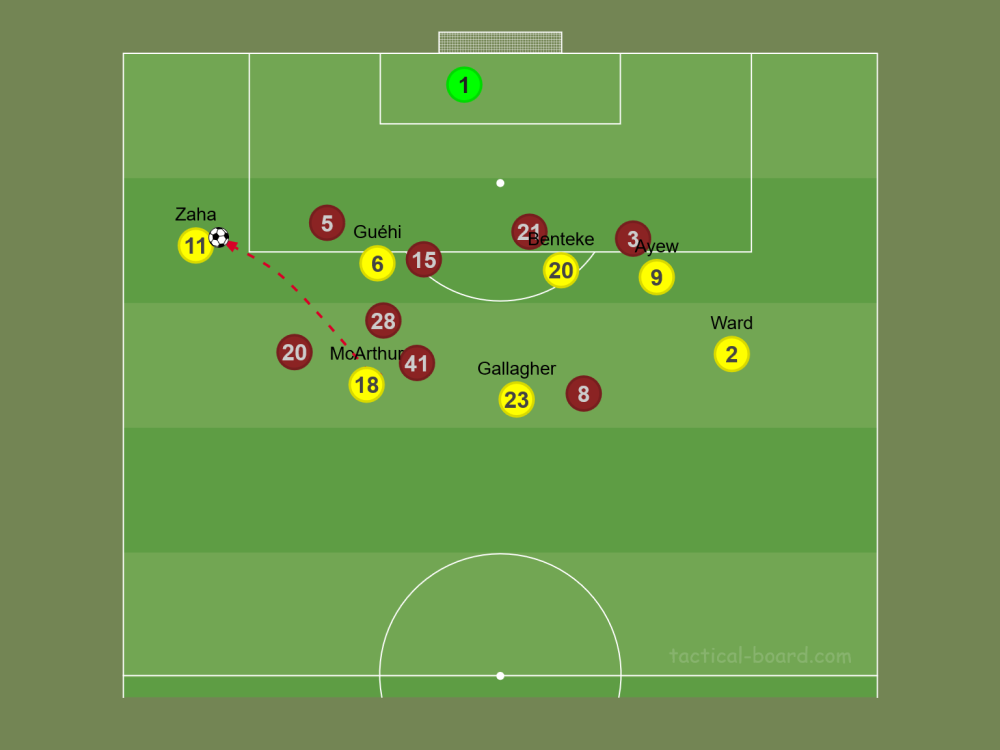 Drawing in Rice, Souček and Bowen around him and leaving space in behind, McArthur shows great vision breaking the lines as he slides the ball to Zaha wide on the left and into a dangerous area.

Coufal at right-back allows Zaha to shift the ball onto his right foot as he crosses. Perfectly weighted for Benteke, it finds its target as he beats Ogbonna in the air.

So far, uninvolved in the build-up and having drawn half the attention of Fornals in midfield, Gallagher breaks late from the edge of the area. Anticipating the header from Benteke and with Dawson still occupied by Guéhi and late to react, Gallagher's run splits the centre backs.

Taking the ball wide on the angle, Gallagher cooly puts the shot back across the face of the goal avoiding the attempted block from Dawson and leaving Fabiański rooted to the spot. A goal worthy of opening the season's tally.