This hasn't been a great week for Palace's relationship with its fans. Here, we look at the issues at hand and how Palace have dealt with them. 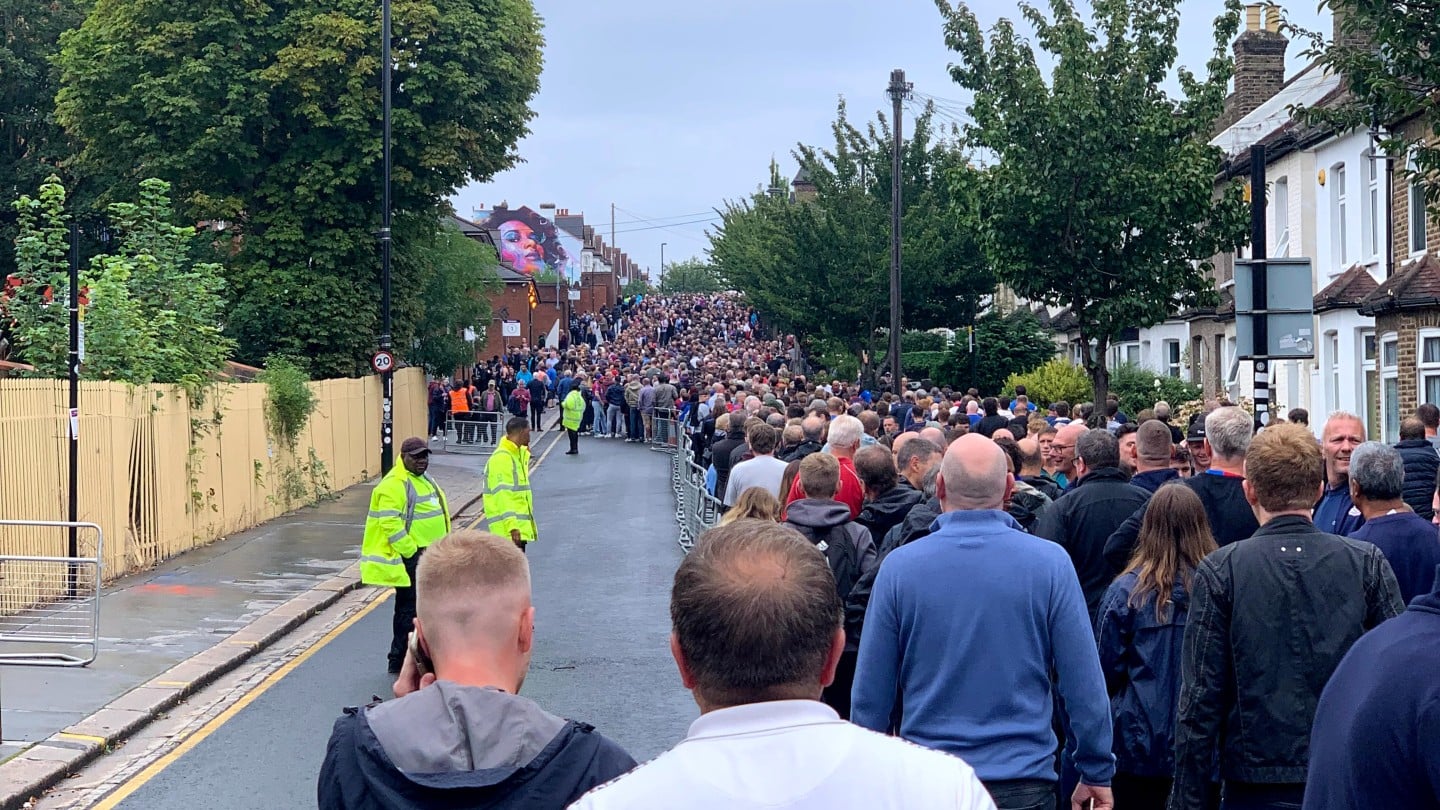 The Premise of Digital Season Tickets

We football fans are simple folk. We buy season tickets so we can go to all of our home games, we buy merch so we can show our colours, and we might just buy a drink or two pre, mid and post-game.
The most simple aspect of any match-going experience is ticketing. Attending matches has been subject to a long-standing process of having a ticket, showing the ticket and gaining entry to the stadium.
Over time, this process has changed a little. For years, fans would have a booklet of tickets. Then, Palace moved to season ticket cards. It was different, but it was easy to understand and simple to do. Turn up, pop the ticket into the reader until you get a green light, and you're good to go.
But this season has seen a bigger change than most fans were really ready for. Brought on by the pandemic, in which everything is being made contactless, the concept is simple. Instead of having a physical season ticket card, you have a digital version. Instead of it being stored in your wallet, you have it stored on your phone. And instead of placing it inside a reader, you tap it on the machine.
But getting tickets to fans? That is where the difficulty has arisen.
In an ideal scenario, each season ticket holder has just one ticket on one phone. But football fans are creatures of habit, people who travel as families or in groups of friends, who trust each other and sometimes buy tickets for one another. There are layers of complexity which, on the surface, might not have been obvious -- and it could well be that these complexities have had an impact on the process.
Whatever the reasoning, much of this frustration could have been avoided with better communication, at first before the Brentford game, and then in the run-up to this weekend's match against Tottenham Hotspur. 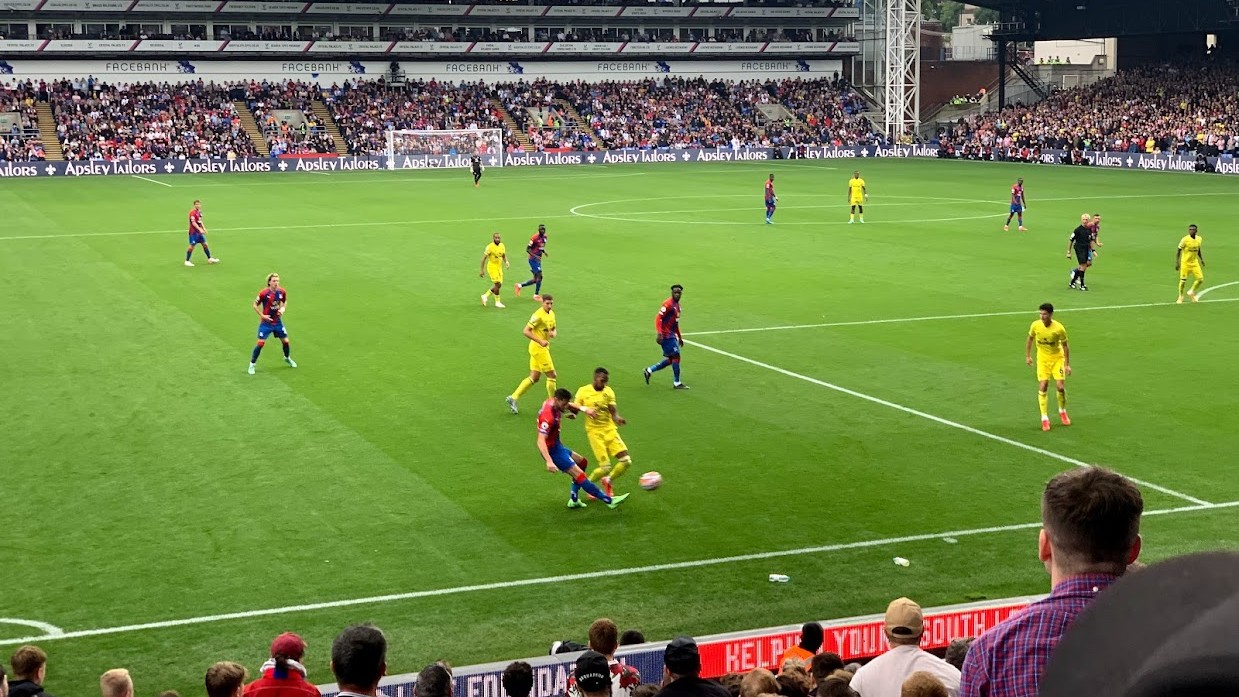 In the build-up to the Brentford fixture, with no news about season tickets being distributed and fans growing increasingly confused by the lack of information, Palace determined to inform fans about the new process on the Monday of the 16th of August, in which fans were informed they would get a PDF ticket or, if they wish, they could download their match ticket onto their mobile device.
There weren't any clear instructions on how to do this, but fans had a back-up in case they couldn't use their phones to get into the ground.
The process of gaining entry to the Brentford fixture wasn't a smooth one, with many fans frustrated by a combination of staff who weren't clear on what needed to be done, and impatientience at the delays they encountered. For many stood outside the Holmesdale stand, the kick-off to the first competitive game since the lockdown began was missed because of these complications.
While some supporters received survey questionnaires about the experience, many didn't.

Whenever there is a significant change to a habitual experience, communication about it is important. In the aftermath of the Brentford game, Palace didn't communicate about the following home fixture versus Tottenham until Tuesday the 7th of September, more than two weeks after the initial event.
Some supporters received the email, many didn't. Piecemeal communication like this meant that for those who received the email there was some level of reassurance, but those who didn't were left confused.
As Wednesday came and went, and those who didn't get the email were still wondering what was happening, season tickets began to appear in the Fan Wallet section of the Palace app. There hadn't been communication about this -- it was left to other supporters to raise awareness of this.
But because the roll-out was gradual, not everyone saw their season ticket in the Fan Wallet. And in some cases, for example, where fans purchased memberships in addition to their season tickets, they wouldn't appear there at all.
The first clear communication from Palace about the season tickets came on Thursday morning, where fans were advised they could download tickets to their mobile devices. Then followed some useful videos about how to do it, then later that evening came a guide on how to use either a digital ticket or a PDF ticket to gain entry to the ground.
This morning, Palace have communicated that every fan who couldn't download a digital ticket (they can see if fans have managed to do this) will receive a PDF ticket. Confusion still reigns as some fans are awaiting responses to emails, especially in cases where fans who can't attend wish to give their tickets to someone else.

What lessons can be learned?

There are a few areas that Palace would do well to focus on, from this experience.
Manage the narrative -- Clearly, there is a problem with the complexity of this move. So be open with supporters about those complexities. Explain the benefits, why you're doing it and why the initial difficulties will be worth the wait. This could have been done weeks in advance of the Brentford game.
Manage expectations -- Be open about timelines. Give supporters incremental updates about what you're doing, what the complexities are, and offer some guidance on when they can expect to get their tickets. Provide a soft deadline and a hard one, where if the digital season ticket issues aren't resolved by a certain point, PDF tickets will be sent out.
Be conciliatory -- Apologise. Say you're sorry. Admit it hasn't gone well and make sure fans are aware that you know that. It's mildly frustrating to have seen so many communications from the club which haven't said lead with an apology. The first apology should have come after the Brentford game. The second should have come this morning. Apologising doesn't show weakness, it shows a willingness to learn.

No one wants Palace to fail. No one enjoys feeling this frustration. No one wants Palace staff to deal with stress or upset. We all want the club to be a success -- on and off the pitch. Most Palace fans have reasonably low expectations, but to really meet those, there needs to be better understanding of what fans want.
Many fans have asked for information about ticketing for weeks. If there's a lesson to be learnt, it's that being more willing to inform is better than not informing until you absolutely have to.
Tweet
back to top
Tweet