Crystal Palace face an in-form but injury-ravaged Tottenham Hotspur side, guided by former Wolves boss Nuno. Here are three areas to look out for on Saturday. 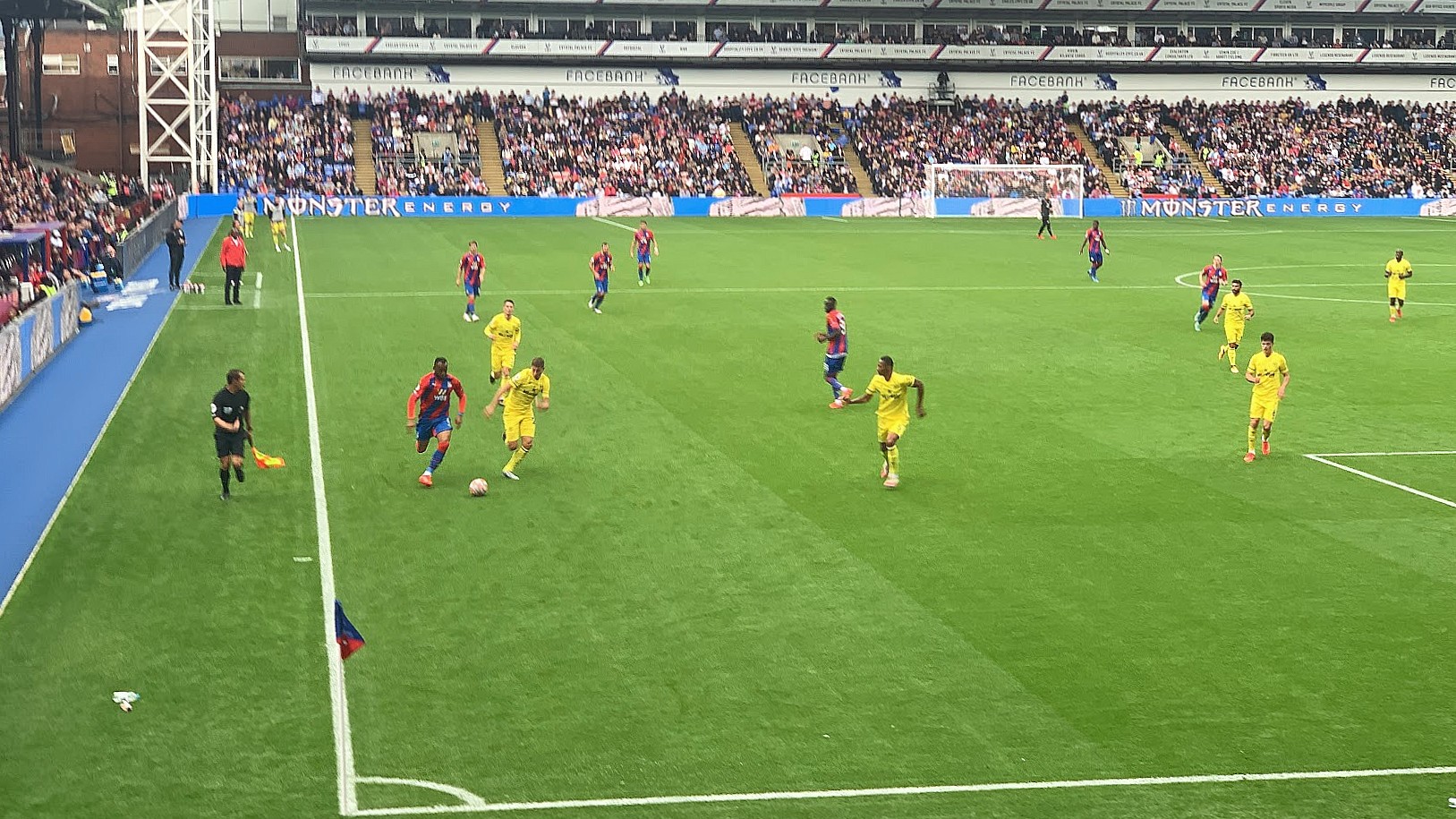 This is a Spurs side learning the Nuno Way

Tottenham Hotspur's appointment of former Wolves boss Nuno during the summer seemed to turn some heads and resulted in some consternation from Spurs supporters. However, those critical of their club's appointment have gone a little quiet since the season started, as the new manager's approach has earned them maximum points in the league.
Their appointment of Nuno was a sensible change from Jose Mourinho. While the former Portuguese manager spent a lot of time seemingly being divisive on the training ground, the new one is a unifier who loves to build a siege mentality as well as solidarity on the pitch.
If Palace's experience against Wolves over the last few seasons is anything to go by, expect Spurs to make the most of the width of the pitch, with Harry Kane playing the Jimenez role by coming deep into midfield, turning, and supplying runners either side of him with the ball. It's likely too to be a little more focused on counter-attacking, rather than the gradual and meticulous build-up play of Mauricio Pochettino.
A look at xG stats suggests Tottenham have been a little fortunate to get three wins. They arguably should have lost to Manchester City, conceded a number of good opportunities to Wolves which their opponents couldn't capitalise on, and narrowly beat Watford too.
Much of the above will also be impacted by the injuries to Son Heung-min, Oliver Skipp, Steven Bergwijn and Ryan Sessegnon, as well as the international incident which saw Argentinian players Cristian Romero and Giovani Lo Celso subjected to scrutiny in Brazil.
It shouldn't be an easy afternoon for Spurs.

Palace fans are likely to see three debutants take the field on Saturday, with Will Hughes, Odsonne Edouard and Michael Olise all expected to feature for Palace.
Many supporters won't know what to expect of Olise, but Palace's first recruit of the summer who was awarded last season's EFL Young Player of the Season, comes with a glowing reputation and a body of excellent work from his first full season in the Championship.
Skilful, thoughtful and technically adept, Olise created 12 goals and scored 7 for Reading last season. Whoscored.com rates him as very strong at crossing and strong in 8 other metrics, including through balls, dribbling and key passes. He could well be the key to unlock Palace's creativity issues.
As for Edouard, a striker with as many goals as he's scored, even accounting for the league he's signed from, is likely to excite Palace fans. Despite the general consensus being that he had a poor last season at Celtic, he still scored 22 goals in 40 appearances for the side.
And finally, in Hughes Palace have a defensively-minded midfielder who should not only help to shore up Palace's centre, but will help to break the opposition press and to move the ball through the centre.
Whether all three will start is a difficult question to answer but the fact that Patrick Vieira has so many more options available to him is a great positive.

West Ham learnt it the hard way, that in Conor Gallagher, Palace have a midfielder who is legitimately box-to-box, and who given the opportunity will find his way into the opposition 18-yard area and make chances count.
Football has a tendency to be very formulaic, and in Palace's case for many of the previous years, midfield excursions into the opposition penalty area haven't really been typical. Gallagher is the exception to this, and his presence adds a chaos factor that West Ham just couldn't deal with.
Tottenham will likely have a similar experience. While Gallagher is likely to have to take on a few more defensive responsibilities, there's a good chance too that when the opportunity presents itself, he'll storm forward and provide an extra body to aim for in attack.
The interesting thing about Gallagher's work is that, by being as busy as he is, it adds a layer of complexity to how a team deals with him. West Ham struggled to control him as neither Thomas Soucek nor Declan Rice took overall responsibility in marking him. The prospect of grappling with Pierre-Emile Højbjerg, who had an excellent Euro 2020 tournament and was one of Tottenham's best players last season, should make for an entertaining day in midfield for Gallagher.
But can he match his energy? We shall see.
Tweet
back to top
Tweet