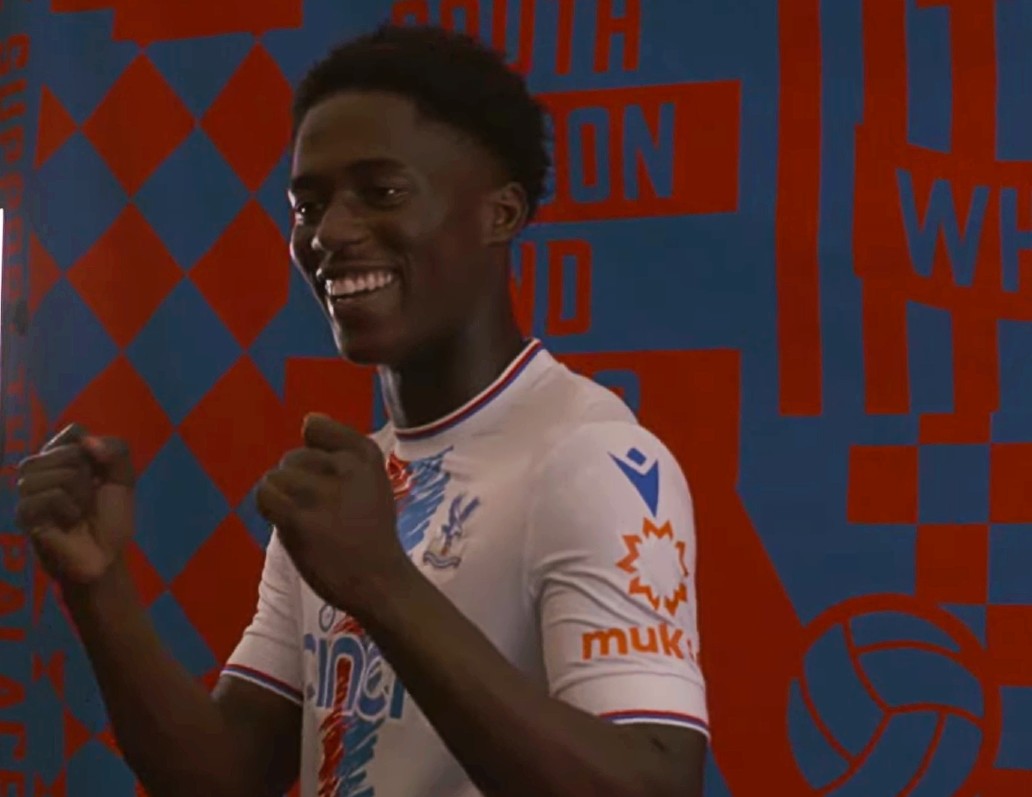 It is overly simplistic to say they are the same prototype, but each has displayed the technique to strike a dangerous cross and a lack of fear when taking on a full back.

The latest acquisition is eighteen year old Malcolm Ebiowei, the second player to join from Derby County after Luke Plange, who he replaced to make his debut in February.

Through Derby's ongoing struggles, Ebiowei, like Plange, was given a chance to play in the Championship at a very young age, possibly ahead of schedule.

Those sixteen appearances give us an intriguing, if not brief, glimpse into why Palace and other Premier League clubs sought after him.

The first impression is that Ebiowei fits the Crystal Palace winger archetype, having the pace and skill to take on full backs in the Championship. This ability is borne out in the per 90min stats, where he led the league in both total dribbles and progressive runs.

Although those totals were from a sample of 10.6 full games, a player being able to make such an impression in his debut season is impressive. 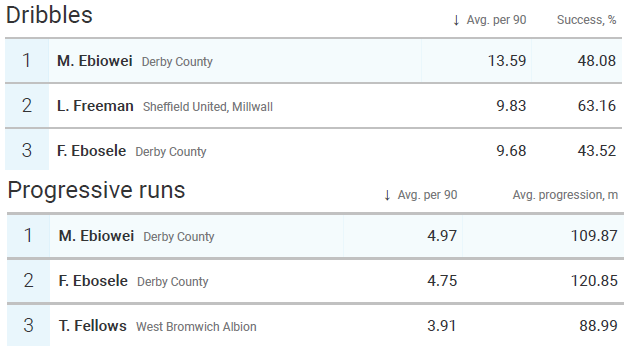 At times, it appears as if he glides past players where there is little space, cutting in from the right flank onto his stronger left foot. Additionally, he has a good frame and can ride challenges as well as beating players with pure finesse or pace.

In this current Palace system, wingers aren't purely used as out-and-out dribblers, much like how previous managers used Wilfried Zaha. When Ebiowei gets his chance in pre-season or the Premier League, he will likely be asked to be more patient than he has been used to for Derby or in youth football, so there will be a refining process.

Ebiowei has an excellent left-footed delivery, leading Derby to give him set-piece deliveries by the end of the season. His two assists, the first a curling cross against Bristol City, the second a whipped-in free-kick against Blackpool, are a skill that will translate to a higher division. 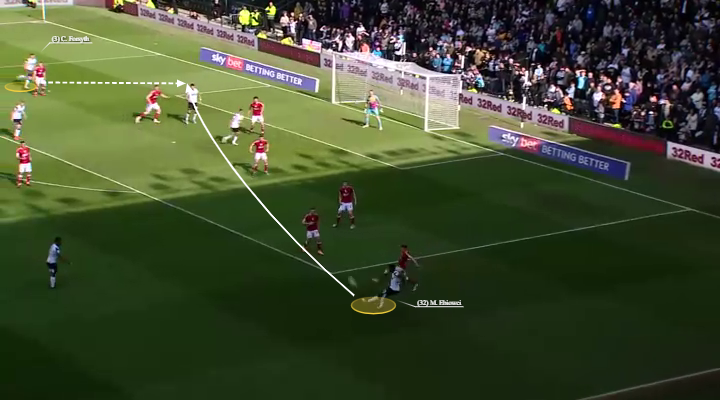 In his games, he was a high-volume crosser of the ball, similarly to his now-senior right-winger, Michael Olise, ranking 7th in the Championship with 4.27 crosses per 90min, and wasn't a wasteful passer. This comes within the context of playing for a team that was often outmatched.

It is too early to project precisely where Ebiowei will end up as a player, but the raw skills are certainly there.

There's no reason to think that he won't be able to factor into the squad for next season, as the advent of the five substitute rule opens the door for one of the young-attacking wingers, either he or Jesurun Rak-Sayki, to get more opportunities.

The club, Dougie Freedman and the recruitment team had a flawless summer window in 2021. The first two signings are a good continuation.

In the meantime, enjoy some highlights: