Here with his last Eye on the Opposition of the season is Jack Pearce. 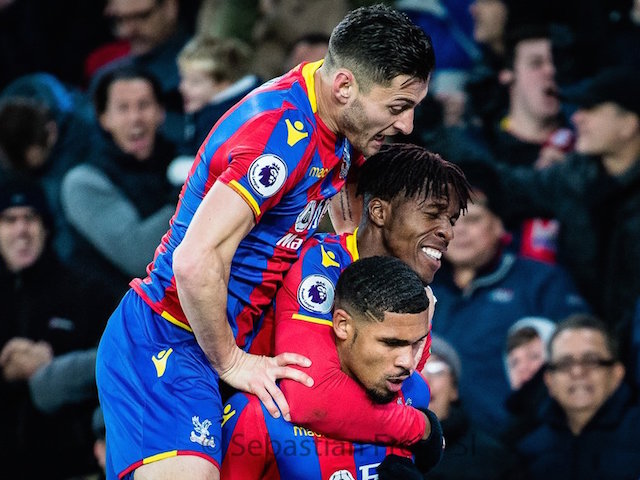 There are few clubs that have been relegated in as positive a mood as West Brom were earlier this week. What Darren Moore has achieved in the last month is just the antidote that Baggies' fans needed after the tenures of Tony Pulis and Alan Pardew. Yes, relegation has been confirmed but hope is not all lost given the form of West Brom under Moore's leadership.

The damage was done before Moore took over and the fact he won the Manager of the Month award on the same day his side's fate was sealed sums up how big a job he had if he were to guide the club to safety. When Pardew was relieved of his duties, nobody expected Albion to get near to staying up; the fact Moore's influence led to his side keeping the faint dream alive to the last week of the campaign is testament to him and the reaction to him of the players.

As with any team who get relegated, the reasons for their demotion are multiple but what is quite clear, like Stoke, the eye was taken off the ball. From the steady ownership of more than a decade to the shambles that currently inhabits The Hawthorns' board room; from the shrewd appointments of the likes of Tony Mowbray and our own Roy Hodgson to the what can now be labelled disastrous appointment of Pardew. Decision making off the pitch seems to have slipped and consequently, WBA are now planning trips to Brentford and Bolton next season.

Perhaps going down is what the club needs in order to find itself again. However, what relegation will do is see a few of the more talented and sought after among the playing staff leave. Perhaps not the star names that some clubs will want to bring in during the summer but the likes of Craig Dawson, Jake Livermore and Jay Rodriguez won't be short of suitors this summer and those three among some others are unlikely to be lining up in the colours of Albion come August. Money will be available to the new permanent manager, whoever he may be, but questions can be asked as to whether the infrastructure behind the scenes is the necessary quality to ensure the right signings are made to aid an effort to return The Baggies back to the top flight right away. You need only look at the club's great rival, Aston Villa, to see what a shambles they made of their first foray into the Championship transfer market last season. Millions spent only to see a promotion bid fizzle out very quickly.

But let's spin this positively for the sake of any West Brom fans reading this. In Darren Moore, there is quite clearly a man that the majority of football fans (not just Albion fans) have grown an attachment to. He's seized his opportunity and has surely done enough to warrant some security in the job come pre-season. His reaction to the late winner against Spurs last weekend, that preserved top flight status for a few more days, was class in all senses and struck of a man who knew that to react wildly would've been unbecoming while still unlikely to reach the impossible and keep his side up. Moore has invigorated a group of players who had most likely lost all enthusiasm for playing football under their previous manager and for those who remain at The Hawthorns next season, there is surely a belief that with Moore at the helm, there's a great chance of an immediate return to the Premier League. Another win come Sunday afternoon and Moore's credentials for the job will be furthered more.

But I'll end of a red and blue note. A fantastic salvage operation orchestrated by Messrs Hodgson, Lewington and Reid and implemented by James, Luka and Wilf. It's been a truly memorable season for both and good reasons but the air around SE25 on Sunday will be overtly positive and rightly so.

A fine April lessened the stresses of May but in Hodgson, Palace have a manager who will look at the opposing dugout as well as the away section (who may well sing his name at a point in the afternoon) and think that it could well be Palace heading down a division and know full well that his brief will be to avoid any risk of that occurring next campaign.

In Roy we trust.

Over and out for another campaign. Thanks for reading this, or any other piece of mine you may have glanced over this season. It's much appreciated.