Development players Jake Gray and Ryan Inniss have both signed new contracts with the Crystal Palace, the club confirmed on Thursday. 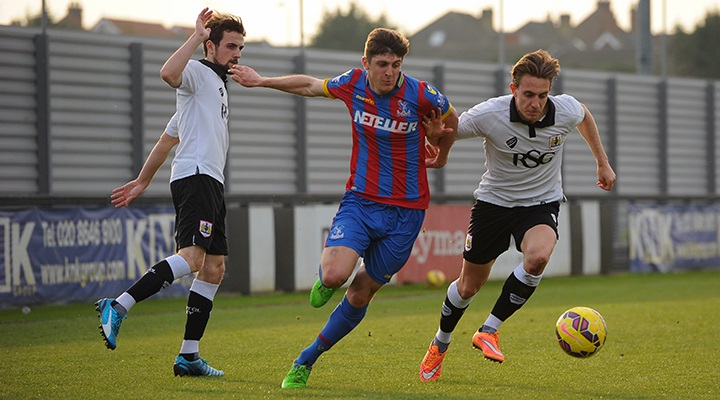 Both highly rated, they will extend their stay at Selhurst Park for another two years after bagging contracts with their previous deals close to expiry.

Gray joined the club from Wycombe Wanderers aged 16 and burst onto the scene with a superb performance against Liverpool in an U18 league match, while he also made his first team debut last season in the Capital One Cup victory over Walsall before appearing again in the following round's defeat by Newcastle, coming on as a late second half substitute and impressing greatly.

He has been instrumental in the Under 21 side's title-winning efforts last season, and has become a central figure in Gary Issott's plans.

The 19-year-old winger took part in last season's tour of the USA and Austria, with Tony Pulis seeing plenty of talent in him.

A loan spell to Cheltenham was relatively successful earlier this year, but with a change in manager, he was unable to spend more than a month at the club. Nonetheless, he managed to grab an assist on his debut.

Inniss has been with the club from a young age, and was courted by Manchester City as a 15-year-old, but Palace were able to reward him with a three-year professional contract which began on his 17th birthday, and he has now been given another three-year deal after that contract expired.

He has represented England in the Victory Shield at Under 16 level, but since then has not made any in-roads into the international scene.

Inniss gained experience in the Football League with Cheltenham, Luton, Gillingham and Yeovil, before making an impressive impact at Port Vale last season.

Injury curtailed his loan spell with the Valiants, and they were keen to sign him permanently, but were put off by the £600,000 asking price.

It is likely that Inniss will re-join on a season-long loan next season, with the old-school centre back looking to put injury problems behind him and again show the form that has made him almost indispensible to Port Vale.